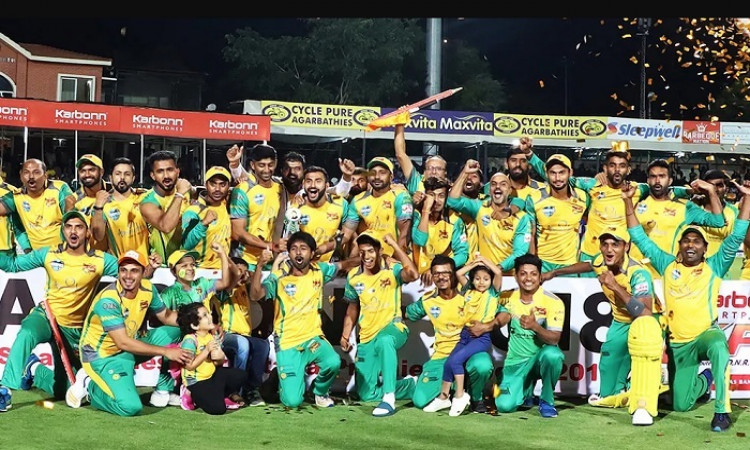 Bengaluru, Nov 22: The next edition of Karnataka Premier League (KPL) would be conducted only after the investigation into the multi-crore international betting scam is completed, said an official.

"The next edition of the KPL will be conducted only after the completion of the investigation," Karnataka State Cricket Association (KSCA) Treasurer Vinay Mruthyunjaya told IANS here on Thursday.

Confirming the earlier IANS story, which said no league match would be held till the investigation is completed, Mruthyunjaya said the association would fully cooperate with the police in all respects till the completion of the probe.

Meanwhile, the city police has served a notice on the cricket association seeking complete information on the T20 tournament in the light of major controversies gripping the league.

"The police asked for a lot of information pertaining to KPL tournament, teams, scorecards, video footage of all the matches, details of all the players, phone numbers," Mruthyunjaya said.

The KSCA treasurer has claimed that neither the Board of Control for Cricket in India (BCCI) nor the state association had any inkling of the betting, honeytraps, bookie- funded foreign holidays and spot-fixing scandals plaguing the BCCI approved local T20 league.

"We will check up, we did not have any formidable information in this regard. Let me discuss with our officers also," Mruthyunjaya said regarding allegations that the intra-state league cricketers are making more money via spot-fixing than the official match fees.

According to Mruthyunjaya, KSCA has nothing to do with the cheer girls suspected to be involved in honeytrapping some cricketers.

"We would not know, police would be knowing. KSCA never employs cheer girls, the teams employ the cheer girls," added Mruthyunjaya.

Sandeep Patil, Joint Commissioner of central crime branch heading the KPL betting investigation, declined to confirm to IANS if any of the girls involved in the honeytrapping have been identified.

"I cannot tell anything right now, once the things are clear, I will let you know," Patil said.

"Then they (bookies) started blackmailing cricketers to play according to their instructions," the report said, citing Rao.

According to Rao, paid holidays were also arranged for cricketers to Dubai and the Caribbean in luxury hotels.

The KSCA runs the KPL every year on the lines of the popular Indian Premier League (IPL).

Started in 2008, and functioning as a feeder tournament to the IPL, KPL has emerged as a leading local franchise-based league with BCCI approval. KPL also provides a platform to tap the Karnataka hinterland cricket talent. As many as 16 KPL players are featured in the IPL.