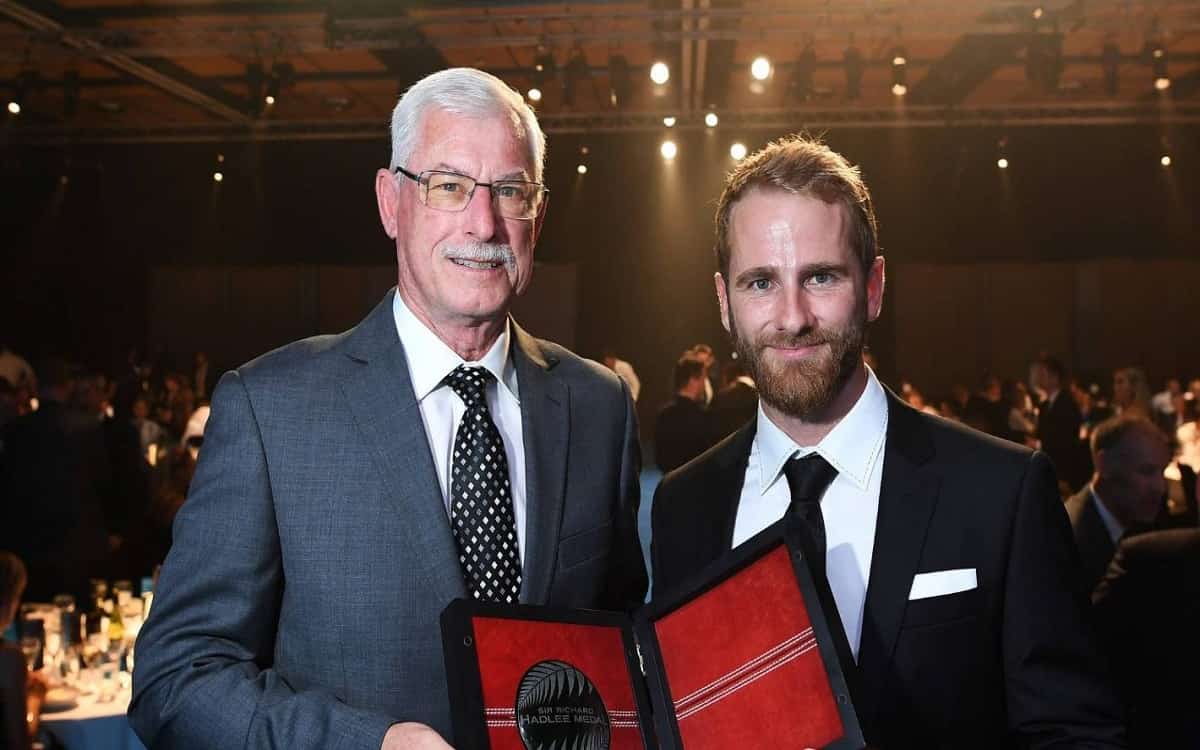 Williamson's home Test summer helped him claim the supreme award, along with the International Test Player of the Year award and the Redpath Cup for first-class batting, after he amassed a whopping 639 runs in just four innings at an average of 159.

Hadlee called up the Kiwi cricketer on his mobile phone to inform him about the decision to present the prestigious medal as a reward for his stellar show during the home Test summer against West Indies and Pakistan.

New Zealand Cricket tweeted the video of the conversation. "I looked at the Test matches at home…639 runs, averaging 159, a couple of double centuries and a century," said Hadlee over the phone as Williamson, wearing a Black Caps T-shirt, acknowledged the legend with a "thank you".

"Well, it's the fourth time now, so have you got space somewhere in the trophy cabinet or wherever to put these medals?" asked Hadlee jokingly.

The New Zealand batsman slammed a career-best 251 against West Indies at the Bay Oval and followed it up with a double-century against Pakistan at the Hagley Oval in Christchurch to help the home team seal a World Test Championship (WTC) final spot. The Kiwis will play India in the WTC final in June in Southampton.