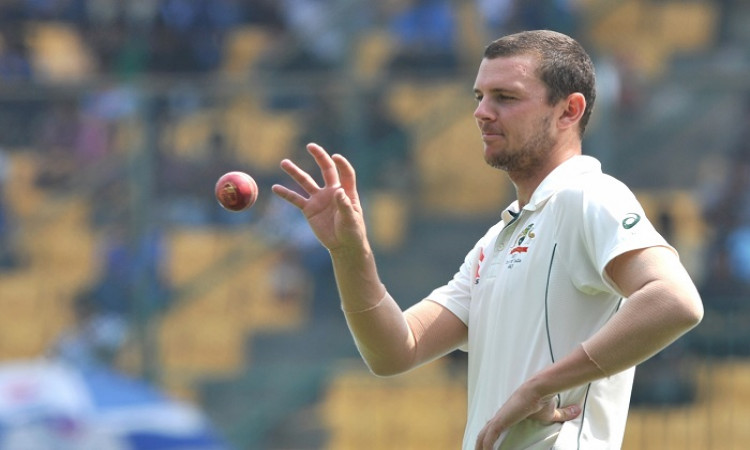 New Delhi, Feb 19:  Australia pacer Josh Hazlewood wants to ‘Mankad Cheteshwar Pujara if he gets a chance during their home Test series against India later this year.

"I reckon I'll save that one for the next time ... at Pujara," Hazlewood said during an event.

Also Read: Cheteshwar Pujara to play for County side Gloucestershire

Pujara was one of the consistent performers for India when they last visited Australia and Hazlewood feels Pujara's wicket will be the biggest of all.

"No definitely not. I probably see Pujara as the big wicket as far as when I'm bowling, the glue that holds them together I think. He's batted the most balls this series and scored nearly the most runs.

"I see Pujara as a big wicket and Ajinkya Rahane as well. So the Nos. 3, 4, 5 as the key wickets and we see it a bit unstable in the other parts of the order. Certainly, not all the focus is on Virat Kohli," Hazlewood added.

India will play their first day-night Test away from home during their tour of Australia at the end of this year.

In cricket, Mankading is named after former India cricketer Vinoo Mankad, which is the informal name given to running out the non-striking batsman whilst he is backing up. The practice is perfectly legal within the Laws of Cricket, but is often seen to be against the spirit of the game.