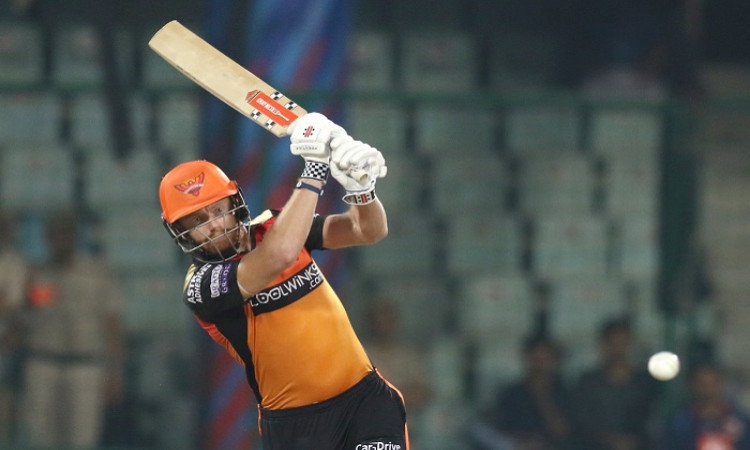 Hyderabad, April 20 (CRICKETNMORE):  Sunrisers Hyderabad (SRH) opener Jonny Bairstow on Saturday confirmed that he will leave the ongoing edition of the Indian Premier League (IPL) after his team's game against Chennai Super Kings (CSK) on April 23 to join England's camp for the World Cup.

It means Bairstow will play two more games for SRH -- one against Kolkata Knight Riders (KKR) to be played on Sunday and the other against CSK in Chennai on Tuesday.

"We get back after the Chennai game on April 23. Then we've got the World Cup camp. We then play Pakistan in the five-ODI series and then we've got two warm-up matches in which we play Afghanistan and Australia. And then we go into the World Cup," Bairstow told reporters ahead of the KKR match here.

"It's a lot of cricket leading into the World Cup," he added.

Bairstow has been among the top scorers for Hyderabad, having amassed 365 runs in eight games so far at an average of 52.14, including a hundred and a fifty. He is currently on the fifth spot in the list of highest run-getters in this IPL edition. Bairstow's SRH teammate David Warner is leading the chart with 450 runs from eight games.

"So far, it has gone pretty well to be in the top 5 batsmen. It's been very pleasing to score runs and contribute to the team," Bairstow said while speaking about his debut IPL performance for the Hyderabad-based franchise.

The explosive England batsman feels that the people have been a little harsh on the middle-order of SRH. "We have fantastic players. David and I have done fairly good job at the top which didn't give much time for the middle-order to get the momentum. There is Kane Williamson who is one of the greatest players in the world. Then you have Yusuf and others who are good and have done well in the past to help the team reach the finals," he said.

SRH are currently at the fifth spot with eight points in eight games.

After the World Cup camp, England will face Ireland in a lone ODI on May 3. They will then face Pakistan in a limited overs series, comprising one T20I and five ODIs, starting May 5.

They will then play two warm-up matches against Australia and Afghanistan on May 25 and 27 before starting their campaign in the tournament opener against South Africa at The Oval on May 30.