John Wright was more of a friend than coach: Sourav Ganguly 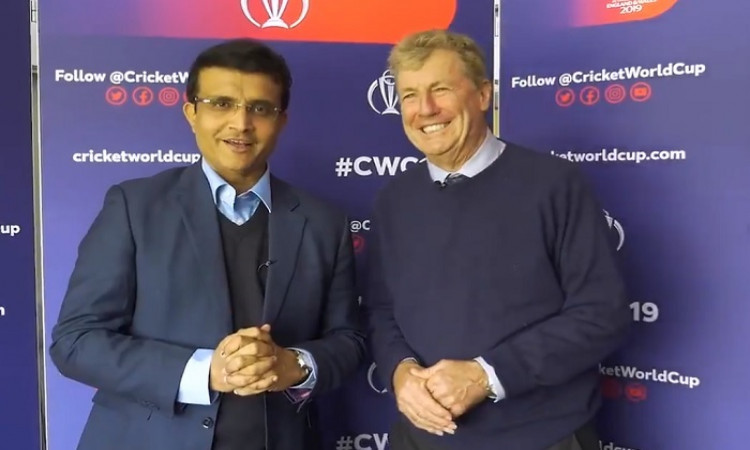 Nottingham, June 14 (CRICKETNMORE):  "He was more of a friend than a coach to me," said ex-Indian skipper Sourav Ganguly while talking about former coach John Wright.

Both Ganguly and Wright, part of the commentary team at the ongoing World Cup, gave Indian fans a moment of nostalgia on Thursday before the game between India and New Zealand was finally called off due to rain at Trent Bridge.

In a video posted on the official Twitter handle of the Cricket World Cup, the duo reminisced about some of the best moments during the New Zealander's stint as India's coach. Their talks ranged from the New Zealand match to India's performance in the 2003 World Cup.

Ganguly recollected the first time he found out that Wright had been appointed for the role and his immediate reaction to it.

"I met him first time in Kent, when Rahul (Dravid) came in and said he's our coach. I said, 'I'd love to work with him'. We have a great relationship, we're genuine friends," said Ganguly.

"We had gone to New Zealand and had got thrashed by a club team before the World Cup. But we went on to have a great campaign, and he was responsible for it," he added.

Wright, 64, while recalling his five-year stint from 2000 to 2005 as India's first foreign coach, said, "I always thought it was the greatest privilege to have the opportunity to work in India.

"I never expected it. It was a hard start, for both of us. You were a new captain and I was the foreign coach. You remember the good times," he added.

Under 'Dada' (as Ganguly is fondly called), India went on to register some of the most famous wins of Indian cricket. It was under his leadership that India won the unforgettable 2002 NatWest series final against England at Lord's. Apart from this, India won tournaments in Pakistan, Sri Lanka, Bangladesh, Zimbabwe and West Indies during Ganguly's stint.

Ganguly also led India to the finals of the 2003 World Cup where they lost to Australia.