Mount Maunganui, Nov 21: Half centuries from three top-order batsmen helped England win Day One honours during the first Test against New Zealand which started Thursday at the Bay Oval. 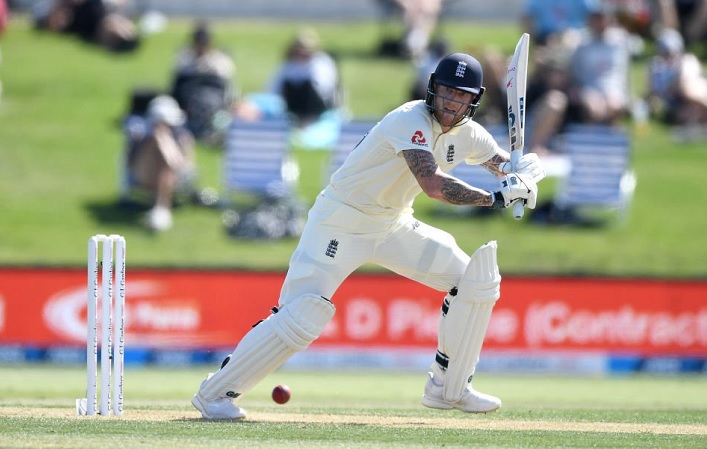 At stumps, England were 241/4 with Ben Stokes and Ollie Pope remaining unbeaten at the crease on 67 and 18, respectively.

England, who had won the five-match T20I series, elected to bat after winning the toss against the Black Caps. Rory Burns and Dominic Sibley provided the visitors with a solid start adding 52 runs for the first wicket before all-rounder Colin de Grandhomme got the better of Sibley, getting him out at his individual score of 22.

Joe Denly, who came in next to bat, then joined forces with Burns and the duo stitched a 61-run stand to steady the ship. However, just when England seemed to be gaining control, they lost two quick wickets. First Burns became the second scalp of de Grandhomme who got the English batter caught by Tim Southee at his score of 52. Skipper Joe Root didn't stay long either as he became the first scalp of Neil Wagner, leaving the visitors in a spot at 120/3.

However, England's World Cup hero Stokes, who came in next, didn't let New Zealand make more inroads and added 83 runs alongside Denly. Both the batters batted sensibly and didn't try to play any rash shot.

Denly eventually fell short of his hundred by 26 runs as Southee got him caught behind.

Pope and Stokes then played the last seven overs of the day and didn't allow the host to take anymore wickets.