Jasprit Bumrah has left no stone unturned in entertaining the fans in his debut match as Indian captain, both with the bat and the ball. 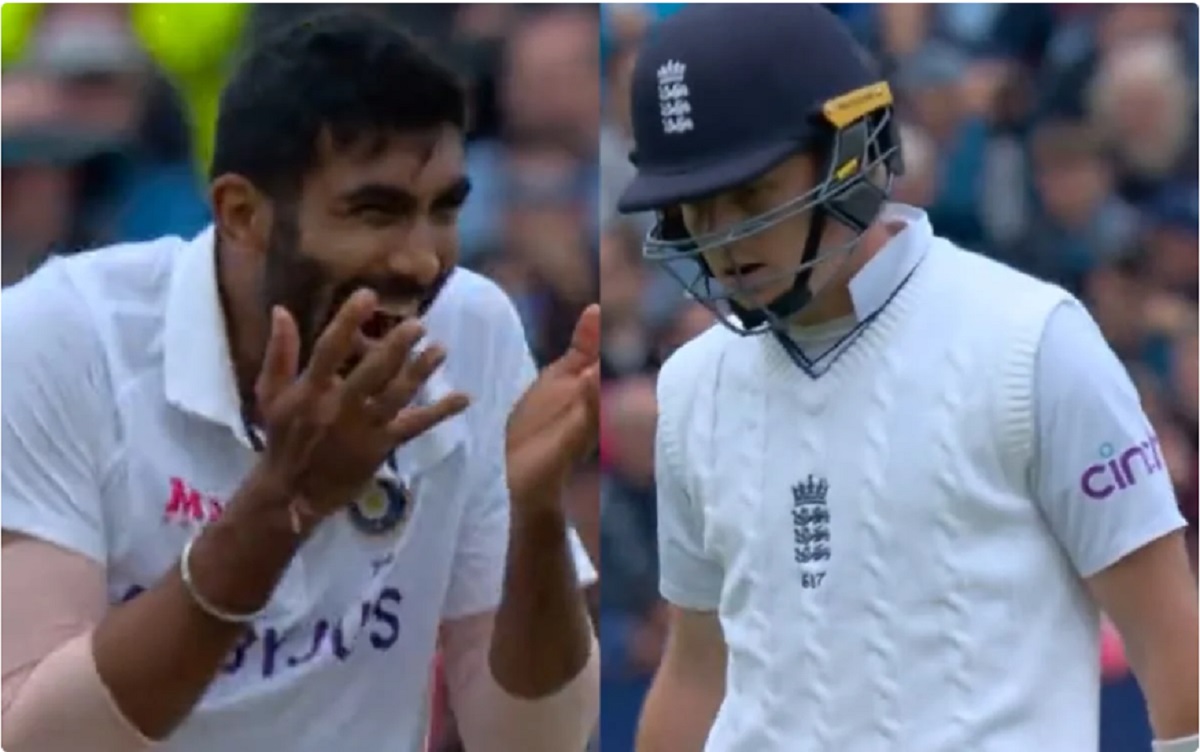 In the final test between India and England, debutant captain Jasprit Bumrah carried the Midas touch with him. Jasprit Bumrah played a tremendous knock with the bat and then with the ball, dismissed the top three English batters one by one. What's even more interesting, Bumrah bowled two no-balls while bowling, and both the time the England team had to pay the price.

In the rescheduled test match, team India reached a total of 416 in the first innings on the second day. Captain Jasprit Bumrah, while batting at 310, smacked 4 fours & 2 sixes in 16 balls, remaining unbeaten on 31. After this, Bumrah led team India with the ball and dealt three massive blows to the hosts within their first 50 runs. Bumrah bowled two no-balls during this and still, the English team had to pay the price.

The first of this incident where Jasprit Bumrah's mistake caused rue for the English team happened in the third over. On the last delivery of his second over, Bumrah bowled a no-ball due to overstepping the bowling crease, due to which the bowler had to bowl the extra delivery. However, this extra delivery by Bumrah came in sharply after bouncing and dislodging opener Alex Lees' bails.

#Bumrah is completely owning Day 2 and how!

3rd Wicket for BOOM BOOM as he gets #OlliePope caught out

A rather same incident was seen in the 11th over. This time around, the Indian captain yet again bowled a front-foot no-ball on the last delivery of the over. Umpire signalled for a no-ball and the pacer had to yet again bowl an extra delivery. Ollie Pope was on strike and the ball took his bat's outside edge and went straight to Shreyas Iyer's hands in the slips.

As soon as Bumrah took Pope's wicket after no-ball, the bowler reacted in an admirable way. The bowler couldn't control his laughter at this and kept his hands on his mouth, laughing in childish behaviour.