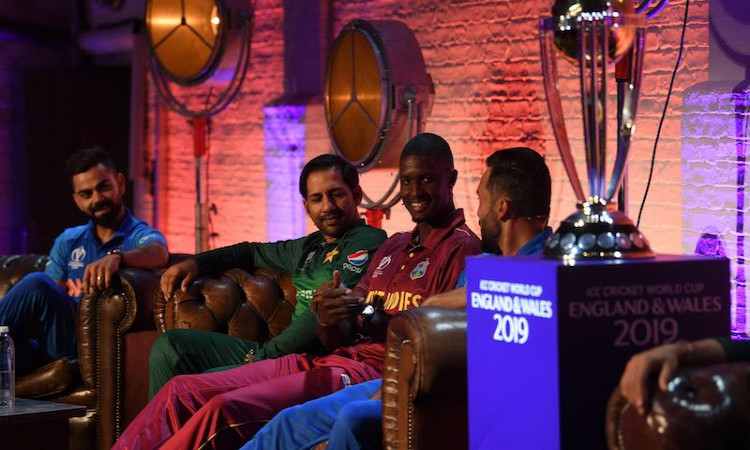 May 27 (CRICKETNMORE) - When it comes to potential match-winners, West Indies are undoubtedly blessed - but captain Jason Holder insists it counts for nothing unless they can deliver as a team.

The Windies were left frustrated after their opening ICC Men’s Cricket World Cup warm-up game against South Africa in Bristol fell foul of the weather with just 12.4 overs played.

Despite the anti-climatic end after several false starts, there was still time for South Africa's Hashim Amla to score another half-century alongside Quinton de Kock, who also finished unbeaten on 37.

And while West Indies captain Holder would have liked his players to get more game time under their belts, he saw enough to learn some important lessons for challenge ahead.

“The two batsmen played really well and the wicket played well.” he said. “We have to make some slight adjustments in terms of our length as we were probably a little bit too short.

“We offered a bit of width at times as well, so in these conditions where the ball doesn’t do as much I just think we need to be as accurate as we possibly can in terms of line and length.

“Then we can try and create some problems there and I think if we can stack up some dot balls and stack up some pressure overs together, more often than not you get the wickets you want.

“Andre Russell is one of those guys who is really impactful, he’s an impact player and he’s a match-winner, so we expect guys like him to play a big role in our World Cup campaign.

“It’s a matter for everyone to come together. We also have guys like Nicholas Pooran, Evin Lewis, I could go through a whole host of names in this squad who are potential match-winners.

“It’s just about us bringing it together collectively and us delivering an attractive brand of cricket.”

South Africa will now turn their attention to their opening game of the tournament against England, while Windies face New Zealand in their second warm-up clash at the Bristol County Ground on Tuesday.

And coming off the back of the Ireland Tri-Nation Series earlier this month, Holder is not concerned his side will be undercooked when they begin their Cricket World Cup campaign against Pakistan.

“It was not ideal today, but it’s out of our control,” he said. “Obviously it’s a situation where we need to hope we get some cricket in in the next two days against New Zealand.

“I’m definitely not [worried about being undercooked]. We just came from Ireland and playing the Tri-Nations Series there, so we’ve had a lot of cricket leading up to this.

“Guys have been playing IPL cricket and everyone was playing cricket leading up to this tournament, so I think we’re all well attuned to the conditions.”

Holder also stressed the significance of managing his players in the build-up to the tournament after some expressed surprise at seeing 39-year-old Chris Gayle out in the field.