Former New Zealand pacer Simon Doull has heaped praise on Kyle Jamieson becoming the fastest bowler from the country to reach 50 Test wickets. He also expressed his hope of Jamieson having a long care 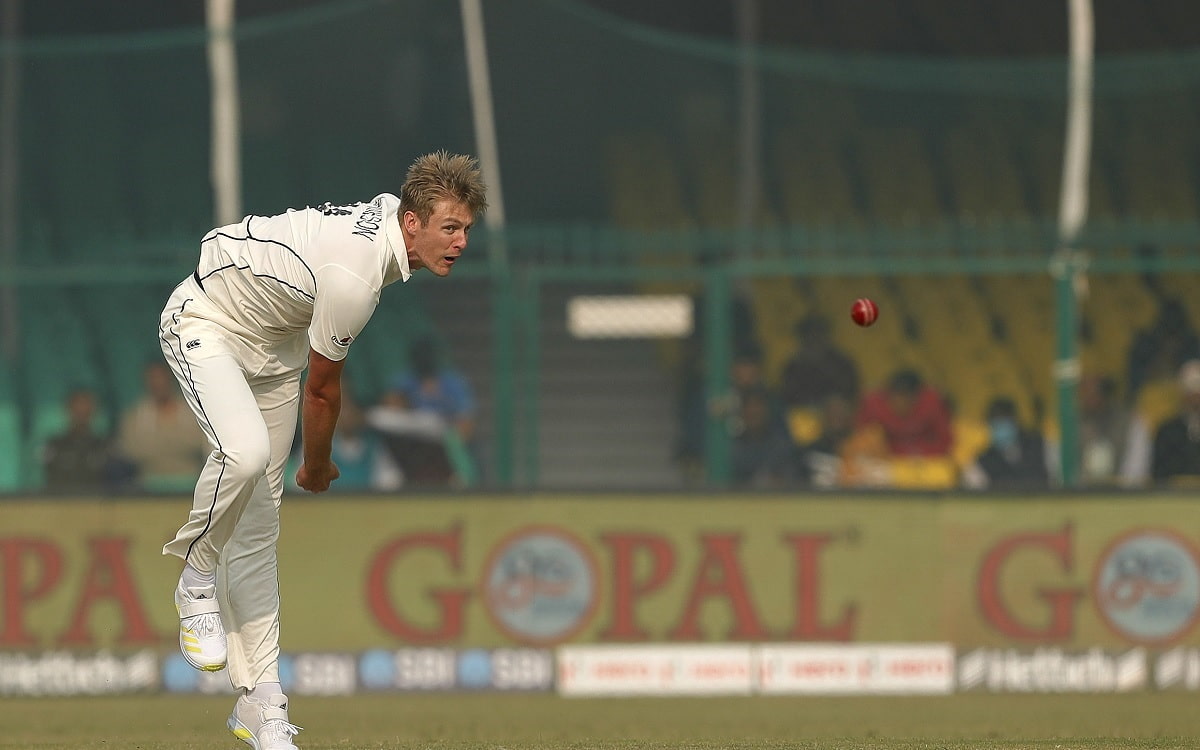 Former New Zealand pacer Simon Doull has heaped praise on Kyle Jamieson becoming the fastest bowler from the country to reach 50 Test wickets. He also expressed his hope of Jamieson having a long career as a Test cricketer.

It has taken Jamieson just nine Tests to reach the half-century mark in terms of wickets in the longest format of the game.


Cummins Was Asked To 'Confess' Before Being Handed Australia's Test Captaincy

The 26-year-old achieved the milestone by disturbing Shubman Gill's stumps on day three of the ongoing first Test at the Green Park Stadium on Saturday. In the process, Jamieson broke the record set by former speedster Shane Bond, who reached the mark in just 12 Tests in 2001.

"Incredible for Kyle. He has burst on the scene. I guess when you start in such incredible fashion, it's hard to continue down that road but he just has. He has played Test matches against some really good sides like England and India quite a few times, Pakistan, West Indies. He just continues to do the job. For me, it is an incredible start to a career which hopefully, from a New Zealand point of view, goes for a long time," said Doull in a video by New Zealand cricket (NZC) on Sunday.

Doull, who is currently commentating on the first Test, feels that Jamieson, with his pace and bounce, has filled in the missing piece of the New Zealand pace attack.

"I think what he's done is that he has added a great element to what was already a very, very good New Zealand bowling attack. Maybe it was a slight piece missing from the Southee-Boult-Wagner combination.

"I know Colin de Grandhomme did a great job. But Kyle creates bounce, unsettles batsmen, hits them on the gloves... (and) he's got the swing as well to go with it."

Overall, Jamieson is the joint-fourth bowler to achieve the mark in the 21st century after Vernon Philander (South Africa), Ravichandran Ashwin (India) and Yasir Shah (Pakistan).

"The achievement itself, only Vernon Philander in seven Test matches has been better since the 2000s. He has equalled Yasir Shah and Ravichandran Ashwin, about whom people talk worldwide for being so good. So, he's up there with those guys," added Doull, who represented New Zealand in 32 Tests.

The 52-year-old signed off by believing that Jamieson's best is yet to come.

"His fitness and longevity, hopefully will continue. I actually think there's more to come and that he will get better, which is a scary thing for people around the world. So, the achievement is phenomenal and from a New Zealand point of view, added to that, the trio was already there. I think it bodes well for at least the next couple of years."