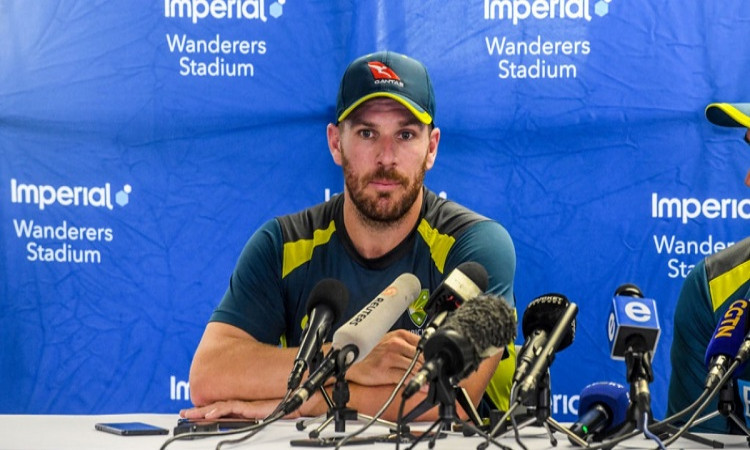 Anderson achieved the feat after he dismissed Pakistan captain Azhar Ali on Day 5 of the third Test which ended in a draw at the Ages Bowl in Southampton on Tuesday. Anderson is now the fourth highest wicket taker of all time in Test cricket behind Muttiah Muralitharan (800 wickets), Shane Warne (708) and Anil Kumble (619). Among fast bowlers, the 38-year-old is followed by Glenn McGrath (563), Courtney Walsh (519) and his long-time new ball partner Stuart Broad (514).

"It's an extraordinary achievement. He (Anderson) has been an amazing player for so long and to be able to get 600 wickets shows longevity in the game. The amount of Test matches he has played, to be able to back up and do it all around the world is amazing," Finch said in a video conference on Wednesday.

Sony Sports Network is the broadcaster of the upcoming Australia tour of England starting from September 4. There will be three T20Is and as many ODIs to be played in Southampton and Manchester respectively.

"When you have such a big squad like this with so much experience, it's important we continue to improve in both formats of the game. Having got to No. 1 in T20I cricket, we want to stay there and keep improving our game," said Finch.

"Our game plan has been pretty solid. ODI cricket, we haven't been where we need to be as far as rankings are concerned and we haven't been as consistent. This is another statistic to growing our team and working on the 2023 50-over World Cup…we need to prepare a game plan going forward.

"We are constantly searching for the right formula and the right way to go about it," he added on their ODI plans.

Asked if the team would miss the hostile English fans this time with games being played behind closed doors amid the COVID-19 pandemic, Finch said: "It's always good to have crowds and the banter that comes from English crowds is special. Do they go over the top sometimes? Maybe ya. But it's all a great thing to be a part of. It will be different but I don't think it will take away from the intensity of the game whatsoever."

England are world champions in 50-over cricket. Quizzed if they will start as favourites in the upcoming series, Finch said: They have played some great one day cricket for the last four and half years since the 2015 World Cup. They have been outstanding. It's going to be a really good series."