James Anderson ruled out of Lord's Test with calf injury 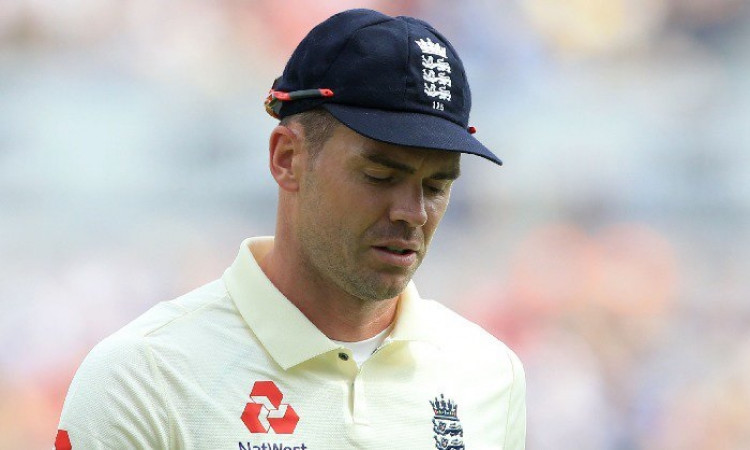 London, Aug 6:  Senior England pacer Jimmy Anderson has been ruled out of the second Ashes Test to be played at the Lord's from August 14.

Anderson, who first tore his right calf muscle while playing for Lancashire against Durham at Sedburgh on July 2, on Day One of the Edgbaston Test experienced further discomfort during his fourth over of the match and had left the field for treatment.

Also Read: BCCI CEO has his way as CFO will make more moolah than IPL COO

On Tuesday, the England and Wales Cricket Board (ECB) announced that the 37-year-old underwent an MRI which confirmed that he has suffered a calf injury. "As a result of the injury, he will commence a rehabilitation programme working with the England and Lancashire medical teams. He will be reassessed on an ongoing basis regarding his availability for the rest of Specsavers Ashes series," the ECB statement said.

England are already down after they lost the first Test by a massive margin of 284 runs. In Anderson's absence, it is highly likely that Joe Root will include debutant Jofra Archer in the playing XI in an endeavour to bolster their pace attack.