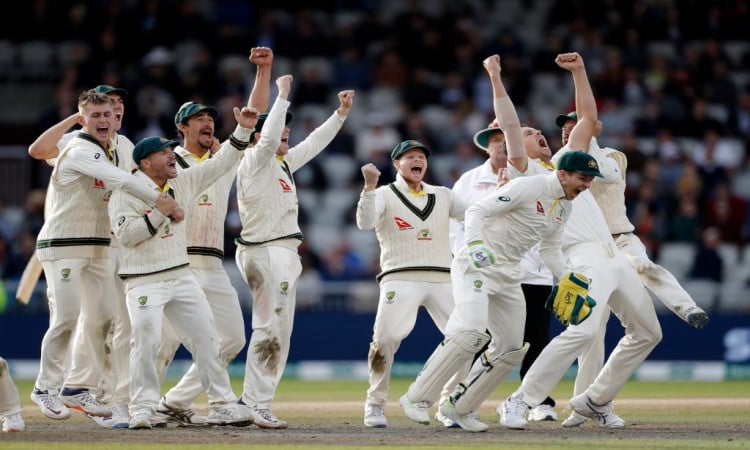 New Delhi, Sep 9: Twitter was flooded with congratulatory messages for the Australian cricket team after they retained the Ashes in England for the first time since 2001 following their emphatic win in Manchester.

Australia defeated England by 185 runs in the fourth Test at the Old Trafford on Sunday, thus taking an unassailable 2-1 lead in the Ashes 2019.

Also Read: Scary that Smith is getting better: Tim Paine

"Congratulations Australia the dominant team throughout the series! First time Ashes have been retained in England since 2001," tweeted Tom Moody.

Former England skipper hailed England for the fight they showed on the last day of the Test match and said: "What an effort by England today... Great fight... But well done Australia on retaining the Ashes...no point in pretending but they have been the better team... better in all departments."

"Congrats Aussies lads, well played both teams Australia and England. Proud of all of the players and staff. Sing the song bloody loud lads. Enjoy a beer, I will be. Tim Paine and Justin Langer and all fans. Hats off Ashes . What a series to watch (sic)," tweeted former Australia coach Darren Lehmann.

"Well, the Ashes are staying Down Under. Australia were just too relentless and England were too far back. Headingley was a miracle, it should have been 3-0," said celebrated commentator Harsha Bhogle.

The two teams will now face each other in the fifth and final Test beginning Thursday at the Oval.