Opener Ishan Kishan, who clobbered the England attack to lead India to a seven-wicket win on Sunday, said he wasn't even aware that he had reached his half-century and it was the only captain Virat Kohli's reminder that made him realize that he had reached the milestone. 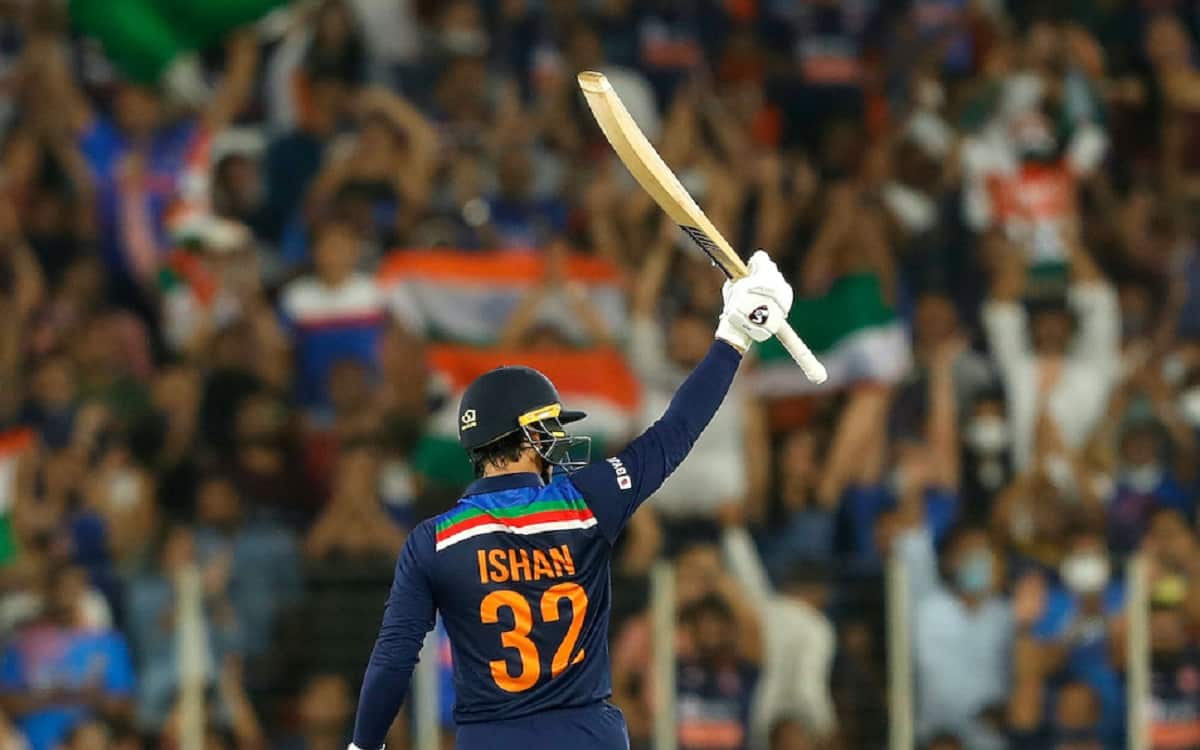 "I wasn't nervous [to raise the bat]. I wasn't sure if I had reached my fifty. When Virat Bhai told me 'top innings', that was when I realized [I had reached fifty]. After a fifty, I usually don't raise my bat, I just raise it a bit. Virat bhai ki peechhe se awaaz aati hai 'Oye chaaro taraf ghoom ke bat dikha. Sab ko bat dikha, pehla match hai tera."

"Bohot acchhey!; (I hear Virat addressing me from behind, 'Raise your bat to the crowd all around the ground. Show your bat to everyone, it is your first match, very good).' Only then I raised my bat since it seemed like an order," Kishan said on BCCI.tv while speaking to Yuzvendra Chahal.

"I was very happy that I got a chance and there was belief shown on me. Before the match, I spoke to seniors - Virat, Hardik everyone told me you have to just enjoy. You (Chahal) told me, just play freely as you do in IPL," added Kishan.

The left-handed batsman added that he learned a lot while batting with India skipper Kohli.

"Initially, I was struggling to match Virat's level. The energy he shows after hitting a boundary or taking a double is something I have never experienced before. But I found out the body language you need to succeed when you play at this level. So I learned these little things [while batting with Virat Kohli]," the 22-year-old Kishan said.