Is the team picked to play Australia in last 3 ODIs the WC squad? 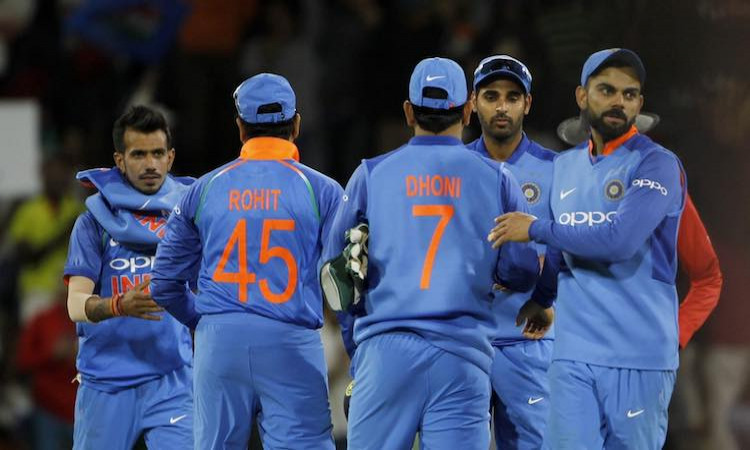 It appears so, considering that there is only one change from the squad named for the first two matches and the last three. Sidhharth Kaul is the only pacer to get an opportunity to fight for a place in the World Cup squad as Bhuvneshwar Kumar, Mohammed Shami, Jasprit Bumrah are certainties.

Thirteen players more or less pick themselves for England and for the two places it appeared at least one spot was filled in Australia-New Zealand series after India beat the hosts without any mercy. But it all seems to have changed with some new elements cropping up.

For almost a year now, Dinesh Karthik looked a certainty, having done enough at various positions from four-five-six, by either building innings or finishing matches. Suddenly, he is off the radar of selectors, whatever chief selector M.S.K. Prasad might say.

There has been a talk of making place for Rishabh Pant as a top-order batsman. Some ex-internationals taking fancy for his bold hitting, selectors were under pressure to pick him for all the five matches against Australia, the last opportunity for a fringe player to cement his place in the squad.

Legendary Australian spinner Shane Warne even saw an X factor in the left-hander and he wants him to open the innings. Some other stalwarts have no objection to the Delhi youngster playing as a batsman, but not at the expense of Karthik.

Karthik, the other man in contention for a middle-order batting place, doesn't get a chance against the Australians. All he gets is the usual assurance that the door is not slammed on him and Ravindra Jadeja, the other player out of the selectors' jottings.

The explanation is on the expected lines that Pant was not played in the antipodes because he had to be rested after playing all the five Tests down under, giving the impression that he is in the company of 'rested' Virat Kohli.

The one favourite among selectors and the team management is Lokesh Rahul. Two innings for India A is good enough to get into the side after a miserable time in Australia. The social media has taken over and so have all the known suspects among the former Test stars.

Karthik supporters are not amused for allowing some favourites play on Indian pitches in perfect home conditions whereas others had to perform overseas.

Karthik coming into the squad means either Pant of Rahul will have to make way. The only other place available is that of Karthik's Tamil Nadu teammate Vijay Shankar, but he has made strong claims after the way he batted and fielded in Australia and New Zealand, though did not get to bowl his medium-pacers much.

Even if Vijay Shankar is cast aside, his place should go to a fast bowler. The jury is still out on Pant-Karthik selection with both getting some strong backing from veterans who matter.

Of the players tried out at No. 4 in the last two years, only Karthik and Ambati Rayudu had played in more than 10 matches and both had a decent run, averaging over 50. The list includes Mahendra Singh Dhoni, Kedar Jadhav and Rahul who played in around five matches.

Even skipper Kohli has talked of Karthik and Rayudu doing a great job at critical junctures. It is difficult for Kohli not to back Rahul and that seals the fate of others. But then how he performs against Australia is also to be seen.

Will selectors decide to go without an additional pacer? They have not tried anyone except Kaul. Their argument would be they had seen Khaleel and Mohammed Siraj and there is no point experimenting with them on Indian pitches.

Ideally, they might like to play the bits-and-pieces players like Hardika Pandya, who is a better bowler, and Shankar, a batsman who can bowl. Both can hit big shots. India always had their quota of batsmen who could bowl and bowlers who could use the long handle.

How to keep these precious World Cup stalwarts, particularly the fast bowlers, injury-free? All sorts of ideas are afloat, including keeping them off the Indian Premier League (IPL). In the same breath they also say even the IPL performance in the early parts can force selectors to have second thoughts in one or two cases.