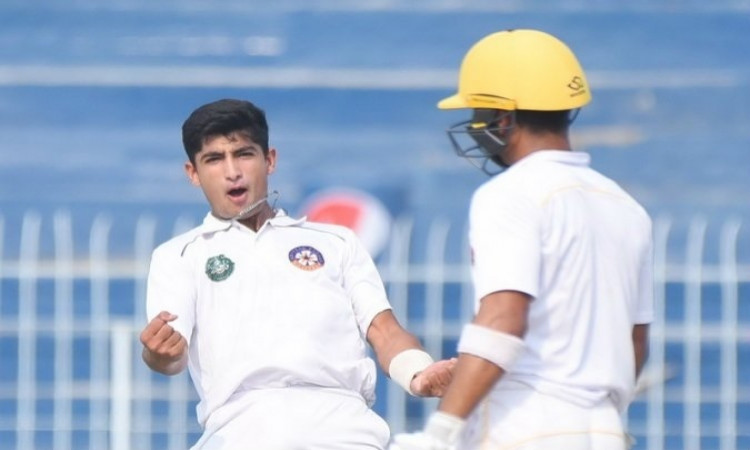 New Delhi, Nov 22: Young Pakistan pacer Naseem Shah has been the talk of the cricketing world over the past few days. The pacer, currently in Australia with his team, has debuted in the ongoing first Test at The Gabba in Brisbane.

Naseem was included on Thursday in the playing XI for the Gabba Test following his fiery spell at Perth against Australia A last week. Extracting extra bounce from the Perth wicket, he got the wicket of Marcus Harris. The teenager tormented Usman Khawaja with short balls and almost got his wicket during the testing spell.

The pacer lost his mother while on the ongoing tour. After consulting his family, he chose not to return home.

Said to be 16, Naseem became the youngest ever cricketer to make his Test debut on the Australian soil. As per records, Naseem, aged 16 years and 279 days, broke the record held by former Australia captain Ian Craig who had made his Test debut at the age of 17 against South Africa at the MCG in 1953.

However, his age is now causing a huge stir in the cricketing field.

A tweet from Pakistan journalist Saj Sadiq has surfaced on social media dated December 1, 2018 which reads: "Highly rated 17-year-old pace bowler Nasim Shah who was signed by Quetta Gladiators for the Pakistan Super League has suffered a back injury. He is back in training and hopes to be fit for PSL4 #Cricket #PSL4."

Naseem is not the first Pakistani cricketer whose debut age has been found to be dubious. Former all-rounder Shahid Afridi was also said to be 16 when he made his debut in 1996, although he clarified earlier this year in his book that he was 19 at that time.