South Africa will take on Ireland in the 2nd ODI on Tuesday. The first ODI of the three-match series got abandoned due to rain. 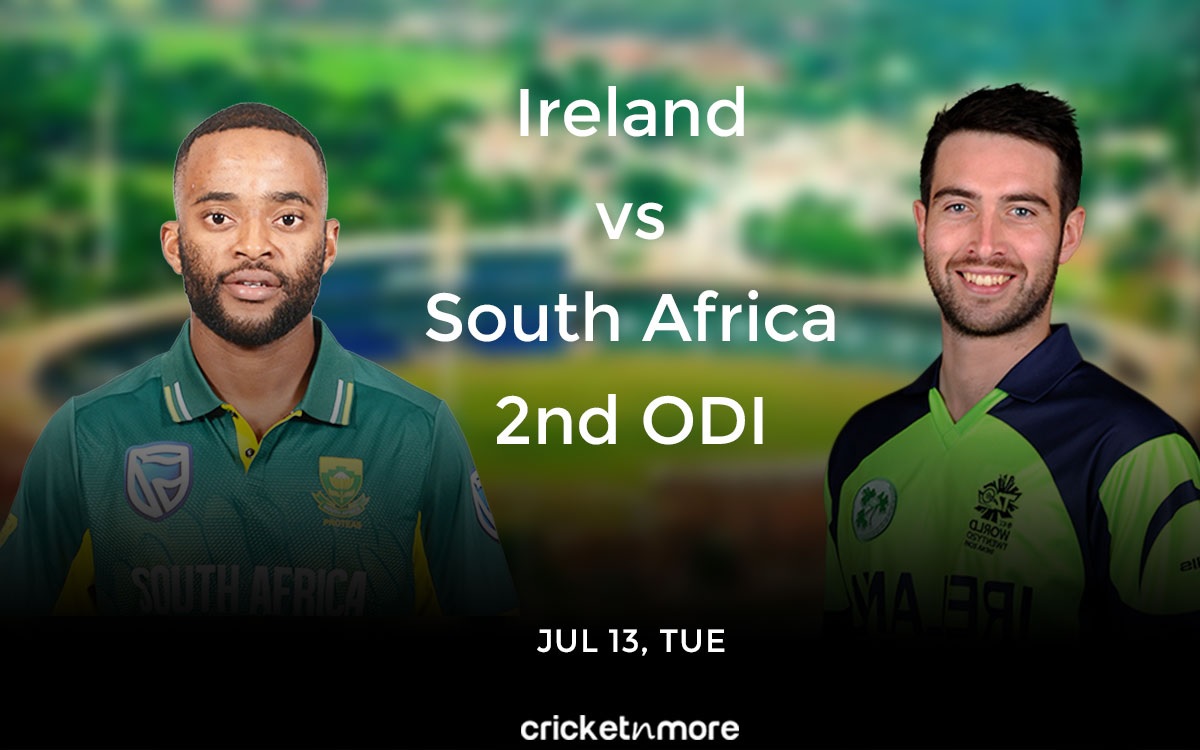 Ireland got a chance to bat 40 overs in the 1st match, and the batters looked in good touch. William Porterfield and Andrew Balbirnie scored half-centuries while Paul Stirling and Harry Tector got starts, but couldn't convert.

Ireland has a decent bowling lineup that can put pressure on the opposition batters. Simi Singh is a good all-round option along with George Dockrell.

South African batting lineup had a good series in West Indies and will take the confidence into this series. Quinton de Kock is unlikely to feature in this match however, all eyes will be on David Miller to get amongst runs. Aiden Markram will be the key player.

Kagiso Rabada was having a good outing before the rain stopped play. With Anrich Nortje unavailable, this is a good chance for Lungi Ngidi to get back into form.

Despite this being a home ground of Ireland, South Africa comes into this series with the favorites tag. Ireland will need something special to defeat the visitors on this tour.