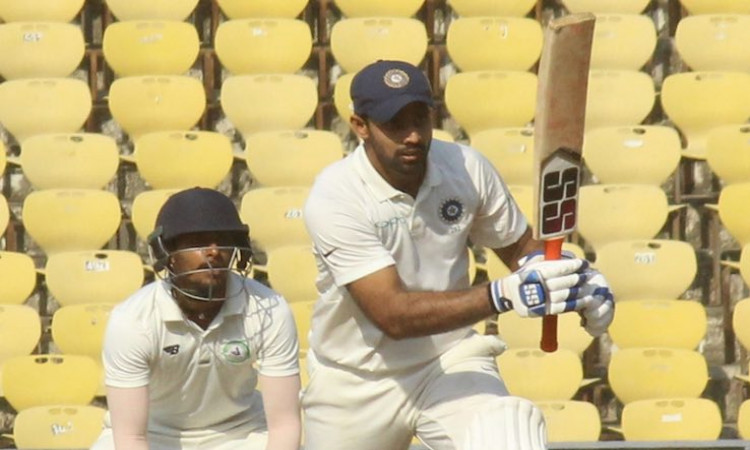 Nagpur, Feb 15 - Vidarbha were 37/1 at stumps on the fourth day of the second innings, needing 243 runs to win the Irani Cup against Rest of India (RoI) here on Friday.

Sanjay Raghunath (17) and Atharwa Taide (16) were at the crease when umpires dislodged the bails for the day.

Needing 280 runs, Vidarbha started off on a poor note, losing skipper Faiz Fazal (0) on the third ball of the opening over. He was picked up by Ankit Rajpoot.

Taide then joined Raghunath in the middle and made sure their team did not lose any more wickets.

Earlier, resuming the day at 102/2, RoI batters Hanuma Vihari (180 not out) and skipper Ajinkya Rahane (87) took their team to a big total.

The duo forged a 229-run partnership for the third wicket before Rahane was sent packing by Aditya Sarwate. In his 232 ball stay, Rahane slammed six boundaries and one six.

Shreyas Iyer then joined Vihari and the pair continued hammering the ball. In the process, Iyer completed his half-century before Rahane declared the innings.