Rishabh Pant produced a phenomenal innings of 146 runs off just 111 balls and made a 222 runs 6th wicket partnership along with Jadeja against England. 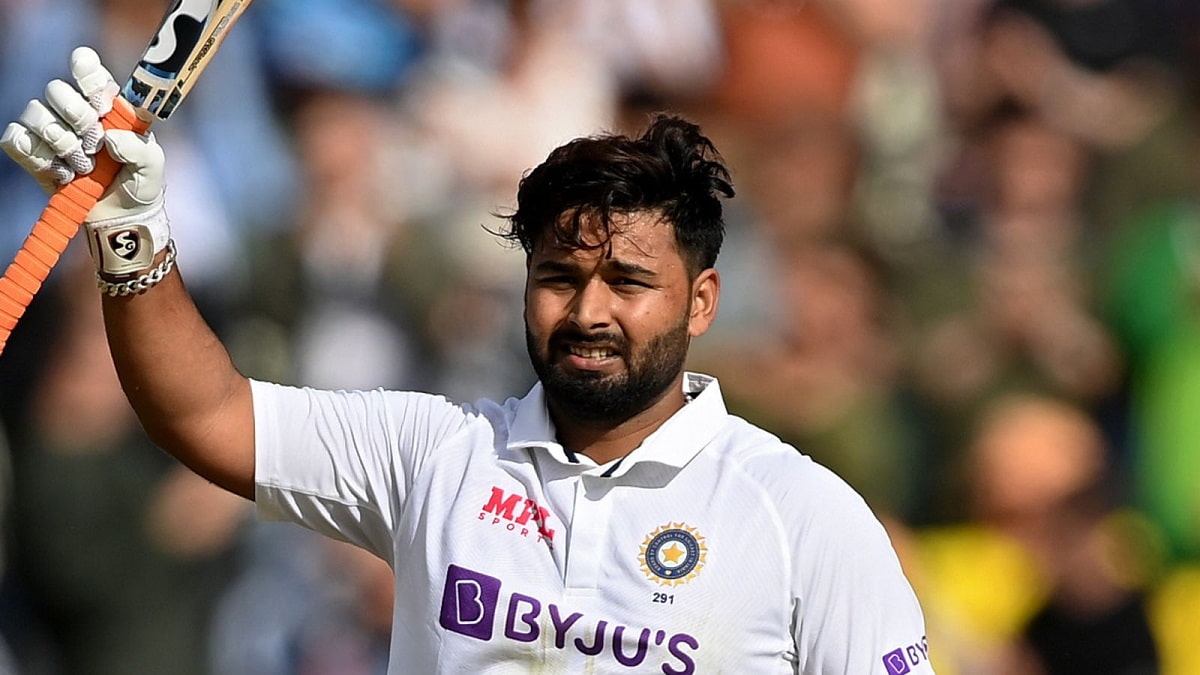 Indian Premier League (IPL) franchise Delhi Capitals on Friday went all out praising their captain fantastic Rishabh Pant, calling him "Pantastic", "Spider-man" and "one of modern cricket's true Gladiators", as the 24-year-old smashed England bowlers all around the ground on the opening day of the rescheduled fifth Test at Edgbaston.

Pant produced a phenomenal innings of 146 runs off just 111 balls rescuing India from a precarious position on the opening day in Edgbaston. His partnership with Ravindra Jadeja (83 not out) started with India struggling at 98/5, eventually helping the team past the 300-run mark with a magnificent 222-run stand for the sixth wicket.

Pant, who has now led Delhi Capitals for two successive seasons, was given a big thumbs up by the franchise, who saluted the smashing innings from the wicketkeeper-batter.

"Rishabh Rajendra Pant, wicket-keeper of the Indian Cricket Team. One of modern cricket's true Gladiators. And he will entertain you, in this Test and the next #ENGvIND," tweeted DC along with an image of Pant attired as a gladiator in the Colosseum.

Rishabh Rajendra Pant, wicket-keeper of the Indian Cricket Team. One of modern cricket's true Gladiators. And he will entertain you, in this Test and the next #ENGvIND pic.twitter.com/ajbiVUKhhq

In another tweet DC said, "Spider-man was spotted in Edgbaston yesterday, and he brought all his tricks. India's Test Vice-Captain rose to the occasion and how."

DC then posted a video of Pant smashing England spinner Jack Leach for a maximum during his innings and wrote, "When #RP17 met Leach. A mammoth 22-run over that included a trademark one-handed SIX from Pantastic."

Delhi Capitals were not the only IPL franchise to laud Pant's innings and his 222-run partnership with Ravindra Jadeja.