IPL: Kohli Returned To Training And Said Been 5 Months But Felt Like 6 Day 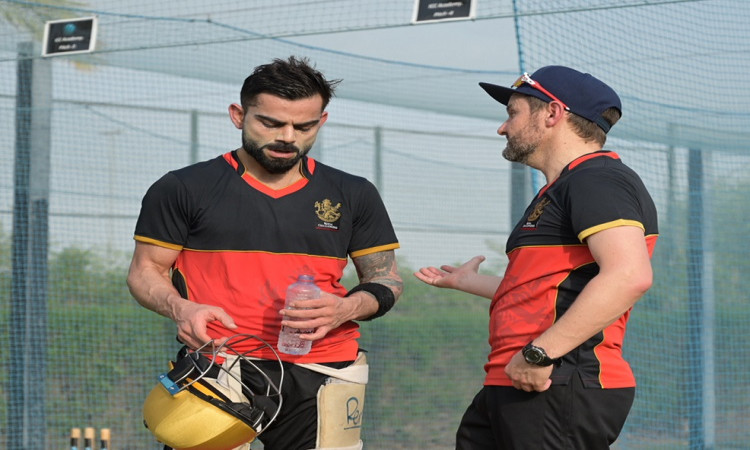 Royal Challengers Bangalore captain Virat Kohli on Saturday posted pictures from his training session with his teammates. This was the squad's first practice session after they completed their six-day quarantine in the UAE ahead of the 13th edition of the Indian Premier League (IPL) which is set to begin on September 19.

"Been 5 months since the last time I stepped onto the field. Felt like 6 days when I got into the nets. Great first session with the boys @royalchallengersbangalore (sic.)," said Kohli in his caption to the pictures on his social media handles.

The team had earlier indulged in a team-building session after completing their mandatory quarantine period.

The 2020 season of the IPL had to be shifted to the UAE due to the COVID-19 situation in India. The tournament was originally scheduled to start on March 29 and was initially postponed till April 15. It was then put off indefinitely due to the lockdown in the country that was imposed to deal with the virus.

The 31-year-old last played in India's Test series in New Zealand. He was set to lead the side in an ODI series at home against South Africa in March. While the first match of the series in Dharamsala was washed off, the remaining matches were called off due to the pandemic and the South African side were escorted back to their country.