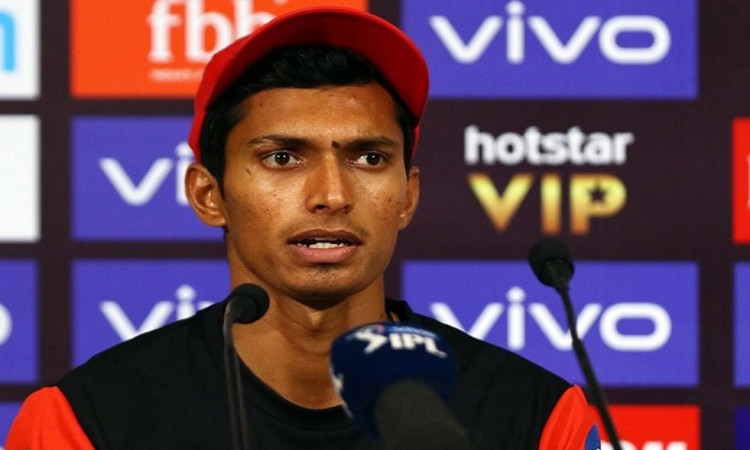 Kolkata, April 20 (CRICKETNMORE):  Navdeep Saini, who is one of the stand-bys for India's World Cup campaign, said the confidence he is getting from playing in the Indian Premier League will help him a great deal if he makes it to the squad eventually.

Saini, who was roped in by Royal Challengers Bangalore (RCB) in 2018 for Rs 3 crore, did not play a game last season but has been a regular this term.

The 26-year-old has been so impressive that he was named along with Ambati Rayudu, Ishant Sharma, Axar Patel and Rishabh Pant as a stand-by for the World Cup in England and Wales.

Saini will travel to England with the main squad as he is also part of the quartet along with Deepak Chahar, Khaleel Ahmed and Avesh Khan of net bowlers, who have been approved and would be part of the Indian entourage.

"The confidence of doing well in IPL will give me a big boost. If I get a chance in World Cup, I hope to do well," Saini told reporters after RCB's 10-run win over Kolkata Knight Riders here on Friday night.

Asked about his preparation and how inputs from skipper Virat Kohli, who is also the Indian team captain, helps, Saini said: "We talk during the matches but the most important thing is to pay full attention at the nets. If you do well at the nets, you will do well in a match as well."

Batting first RCB had posted 213/4 riding Kohli's ton and Moeen Ali's 66. Chasing a stiff 214 for victory, Russell smashed a typical 25-ball 65 and combined with Nitish Rana (85 not out) for a 118-run stand off 48 balls to take KKR to within two hits from a win in the last over.

Asked about their plans to Russell, Saini said: "Against Russell, the strategy was to hit the deck hard to generate a bit of extra bounce."

Dale Steyn has joined the RCB setup after nine years, returning figures of 2/40 on Friday. Saini said the veteran South African pacer advised him to not change anything about his bowling.

"I had a discussion with him on the eve of the match. He just told me to bowl the same way and not try anything different."

On his rapid rise, Saini said: "My dad has always told me to give my 110 per cent effort wherever I play. I'm putting in that extra effort always in practice session and in a match."