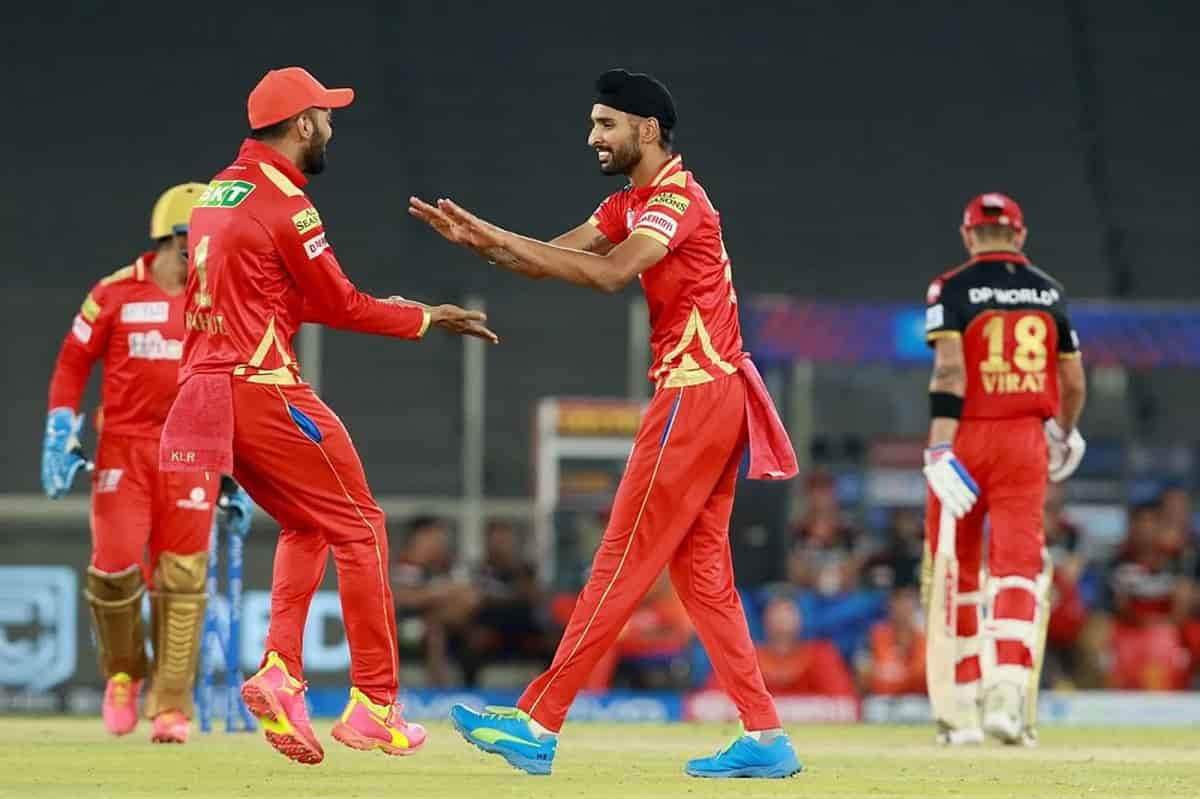 Chasing a target of 180, RCB didn't have a great start as they not only lost Devdutt Padikkal early but could only manage to score 36 in the powerplay. Virat Kohli and Rajat Patidar added 43 runs for the second with but in 46 balls.

Harpreet Brar was called in to bowl in the 11th over of the innings, where things suddenly went south for RCB. He removed Kohli and Glenn Maxwell in two consecutive balls and then got AB de Villiers in his next over.

No other batsman was able to revive the innings as Bangalore kept losing wickets at regular intervals and went on to lose the match by 34 runs.

Earlier, Punjab was asked to bat first by Bangalore. KL Rahul opened with a new partner today - Prabhsimran Singh, as Mayank Agarwal missed out due to an injury. However, Prabhsimran couldn't do much in his first match of the season and got out early.

Rahul and Chris Gayle, though, made sure PBKS get the most of the powerplay restrictions and scored 49. Gayle was looking in serious touch during his powerful knock of 46 from just 24 balls which included six fours and two sixes.

However, Gayle's dismissal in the 11th over turned things around for Punjab as it lost its entire middle order in a space of four overs. Rahul, however, kept his end safe and was joined by another new man in the team, Harpreet Brar.

The two added valuable 61 runs in 32 balls to take Punjab to an above-par score of 179 without losing any more wicket. KL Rahul smacked 91 in 57 balls with the help of seven fours and five sixes and in the process became the top run-getter of IPL 2021, overtaking Shikhar Dhawan.

Harpreet Brar got awarded man of the match for his 25* and 3/19 which helped his team win two points.