Shikhar Dhawan's unbeaten 69 helped Delhi Capitals(DC) cruise to a seven-wicket win over Punjab Kings(PBKS) in the 29th match of the IPL 2021 on Sunday. 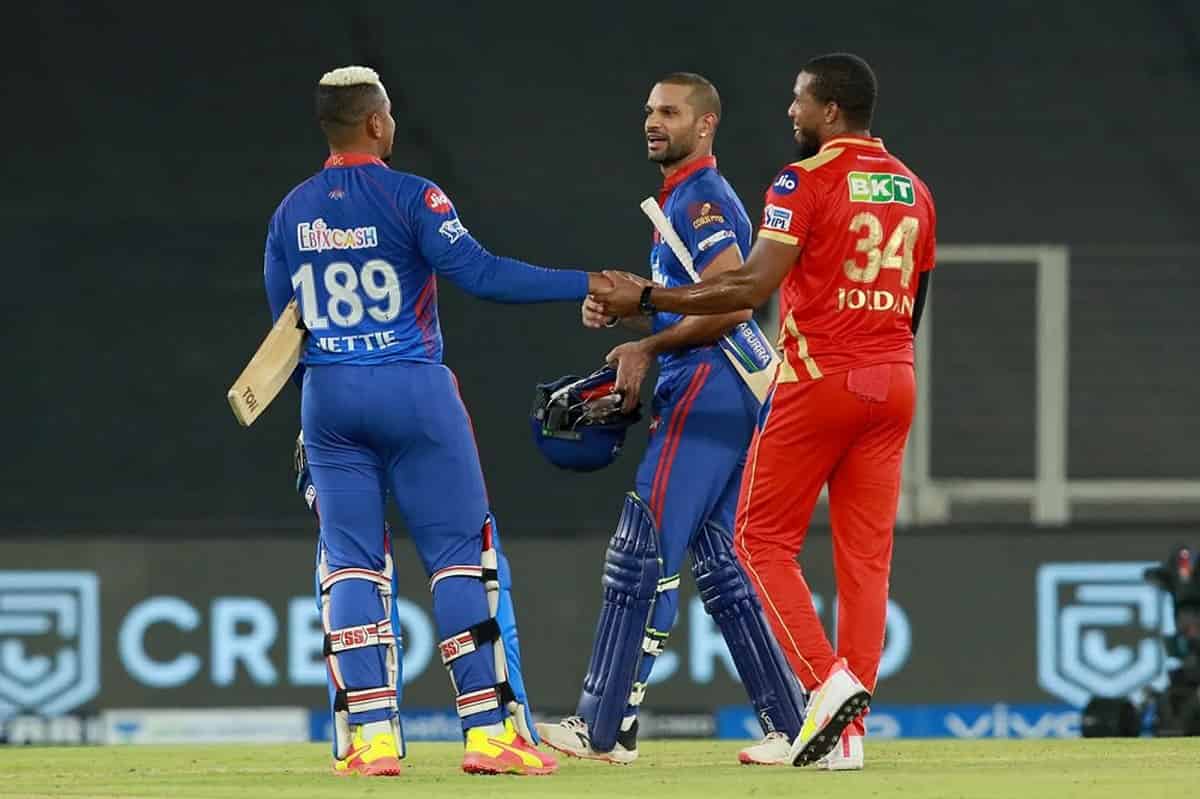 
IPL 2021: Lot Of Conversations To Be Had In SRH About David Warner Says Kane Williamson

Chasing a tricky total of 167, DC once again went off to a flyer as Shikhar Dhawan and Prithvi Shaw smashed 63 runs in the powerplay. Shaw, in particular, was the aggressor between the two as he hit a quickfire 39 off 22 balls with the help of three fours and three sixes.

After Shaw was removed on the first ball after the powerplay, Dhawan was joined by Steve Smith in the middle. The two steadily rotated the strike and continued the flow of runs. Smith scored 24 from 22 before getting out.

Dhawan continued to keep one end intact as Rishabh Pant came out to bat number 4. The two added another 36 from 21 to completely push Punjab out of the game. Although Pant got out but Dhawan and Shimron Hetmyer finished the game with more than two overs to spare.

Earlier, PBKS's stand-in captain Mayank Agarwal lost the toss and was asked to bat first. Punjab missed KL Rahul a lot in this game as they once again faltered with the bat despite adding World No.1 Dawid Malan to the team.

Mayank Agarwal was the lone warrior of the team as he smashed an unbeaten 99 to take PBKS to 166/6 in the first innings. His knock came in just 58 balls with the help of eight fours and four sixes.