A 138-run stand between Shikhar Dhawan and Prithvi Shaw powered Delhi Capitals to chase a target of 189 runs with 10 balls to spare against Chennai Super Kings in the 2nd match of IPL 2021. 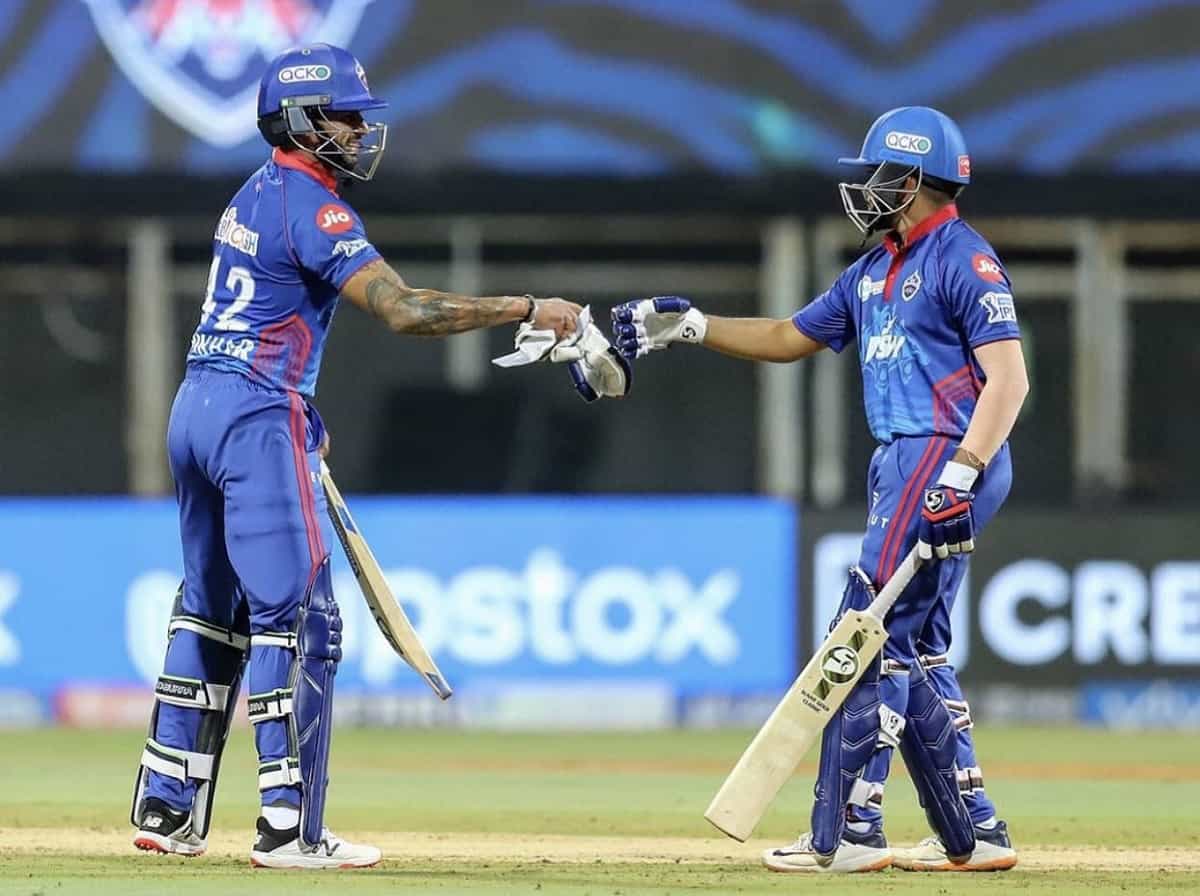 Dhawan, who earlier took three catches, smacked 85 off 54 balls with the help of 10 fours and two sixes while Shaw, after being dropped two times, scored 72 from just 38 balls which included nine fours and three sixes.

The pair added 138 for the opening wicket in 82 balls to set up the platform for the rest of the batsmen to easily chase the rest of the total. Not much was left for the Rishabh Pant(15 off 12) and Marcus Stoinis(14 from 9) to do.

The CSK bowlers looked clueless while bowling with the wet ball. They conceded 65 runs in the first six overs and were always playing catch-up in the rest of the overs.

Earlier, Rishabh Pant won his first toss as Delhi captain and put Chennai to bat first. The bowling was spot on from the start as CSK lost their two openers - Ruturaj Gaikwad and Faf du Plessis - inside three overs as the score read 2/7.

Moeen Ali and Suresh Raina slowly and steadily built the innings as CSK could only manage to 33 in the powerplay overs. After Ali got out after scoring 36 from 24, Raina along with Ambati Rayudu took control in the middle overs and added 63 runs from just 33 balls.

Raina scored a valuable 54 off 36 to announce his comeback in the yellow jersey with the help of three fours and four sixes.

Sam Curran and Ravindra Jadeja provided the finish as they added 51 from the final 28 balls to get CSK to a challenging 188 score.

MS Dhoni didn't have a good game with the bat as he got bowled for a duck, his fourth in the history of IPL and first since 2015.