After suffering five consecutive defeats, things were going haywire for Kings XI Punjab in the ongoing IPL. However, it now seems that the franchise has been able to find their mojo back, and have registered three successive wins, including impressive verdicts against table-toppers Delhi Capitals, Royal Challengers Bangalore, and Mumbai Indians. 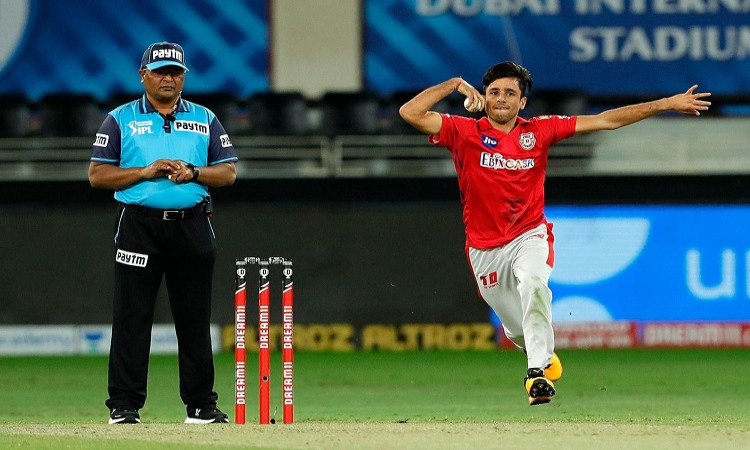 While Punjab entered the tournament as a side with a heavy batting line-up, having the likes of KL Rahul, Mayank Agarwal, Chris Gayle, Glenn Maxwell, Nicholas Pooran to name a few, they have found unlikely heroes in their two leg-spinners -- Ravi Bishnoi and Murugan Ashwin.

Also Read: White-Ball Leg Of Aus-Ind Series To Be Played In Sydney, Canberra, Gets Green Light From Govt

Bishnoi has scalped nine wickets in 10 innings he has bowled in so far and Ashwin has picked up seven wickets in five innings. While the number of wickets might suggest that their contributions towards the team haven't been that significant, it is their skills and the ability to pick wickets at crucial junctures of a game which has earned them praise from many in the cricket fraternity and have let Rahul play them together in the recent matches.

For Bishnoi, the leg-break bowler who ended as the highest wicket-taker in the U-19 World Cup earlier this year with 17 wickets, his IPL debut season has been like a dream. The 20-year-old has so far bowled 220 deliveries and given away 277 runs, which makes it an economy of 7.91 which is not at all bad considering how T20 cricket is heavily titled towards batsmen.

Kings XI spent Rs 2 crore for Bishnoi and considering his performance so far, the team management must be quite happy with their decision. His victims include the likes of David Warner, Jonny Bairstow, Rishabh Pant, Aaron Finch, Eoin Morgan - batsmen who are considered to be well equipped to tackle spin bowling with ease.

"I was a bit nervous in the beginning, but it was more excitement than nervousness for me to make my debut. I just wanted to do well and help my team win," Bishnoi had said after his IPL debut against Delhi Capitals in which he returned with figures of 1/22.

Having a bowling style similar to that of the head coach and ace leg-spinner Anil Kumble, Bishnoi has been able to keep the batsmen in check, using flippers, top-spinners, and googlies to good effect. Having said that, he has not made excessive use of his special deliveries, thus becoming too predictable and, in the process, has kept the batsmen guessing.

Ashwin, on the other hand, is more experienced in terms of the number of matches compared to Bishnoi. While his IPL experience goes to 27 games across four editions, his best performance seems to be coming under the watchful eyes of Kumble.

The 30-year-old has so far bowled 93 deliveries in which he has conceded 121 runs. He has been used by Rahul in the powerplays and even then, his economy lies at 7.80. The most impressive thing about the leg-spinner has been his strike rate of 13.28, which means he has been picking wickets after every two overs.

Bishnoi's strike rate, on the other hand, is a little over 23, meaning he has been picking up a wicket after almost every four overs.

Unlike Bishnoi, Ashwin has not only been learning from Kumble, but he has also been taking cues from the spinners from other teams as well, something that he revealed after the game against Royal Challengers Bangalore. He said he watched closely how Yuzvendra Chahal and Washington Sundar bowled.

"The wicket was holding up a bit. It was about executing length. It did have something for spinners. I was watching the ball previous game that RCB played. How their spinners bowled. I took a cue from that," Ashwin had said after RCB's game.

While the likes of Rahul, Mayank, and Mohammad Shami still hold the key for Kings XI Punjab, if they have to make it to the playoffs, the performance of Ashwin and Bishnoi is just as crucial considering they have been able to keep the opposition teams in check and chipping in with wickets at crucial junctures of the game. That is something that Kumble would desperately hope the duo continues to do in the remaining games.