Chennai Super Kings' (CSK) spinner Imran Tahir, who won the Purple Cap in IPL 2019 with 26 wickets, is yet to feature in a match this season. He is one of the key players available for mid-season transfer. 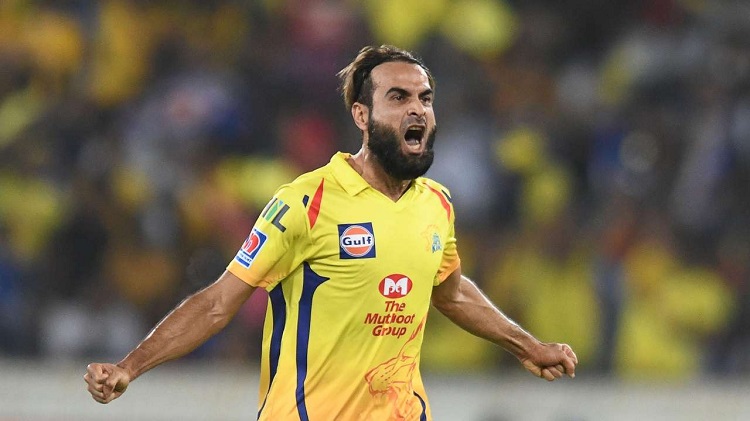 With a spate of injuries and imbalance in various sides in the first half, there is a possibility that some of the franchises who are seeking changes in their team, may use the option of mid-season transfer which began on Tuesday. At this stage, all teams have played half of their league phase games, i.e. seven.

Leg-spinner Tahir had taken 26 wickets in 17 matches last season. It is a surprise that he or Mitchell Santner hasn't featured despite any of the CSK spinners doing really well. Piyush Chawla, CSK's most successful spinner, has conceded close to nine runs per over.

Tahir could invite interest from one of Kolkata Knight Riders (KKR), who are now reluctant to bowl Sunil Narine, Rajasthan Royals, whose premier spinner Shreyas Gopal hasn't been up to scratch, or SunRisers Hyderabad (SRH), who have lost Bhuvneshwar Kumar due to injury. Delhi Capitals too have lost Amit Mishra though their bowling attack is holding.

Lockie Ferguson or Josh Hazlewood could also be up for transfer to teams like SRH who are struggling to find bowling options.

Delhi Capitals' Ajinkya Rahane too could move. He had scored 393 runs in 14 matches at an impressive average of 32.75 last season, including a century and was the highest run-getter for Rajasthan Royals. But he has played just one game for Delhi Capitals.

Rahane's former team, Rajasthan Royals, who traded Rahane to Delhi Capitals last winter, have been struggling with their batting and so have CSK and KKR. One of these sides may show interest in the Mumbai batsman.

Chris Lynn, a dashing opener for Kolkata Knight Riders in earlier seasons but who is now with Mumbai Indians, hasn't yet played a game. He could also be considered by KKR or CSK, who are struggling with their batting. Lynn had hit 405 last season and was the second-highest run-getter for KKR.

The rules for mid-season transfer this year allow capped players too unlike last year when only uncapped players were allowed to be transferred. The only condition is that they should not have played more than two matches.