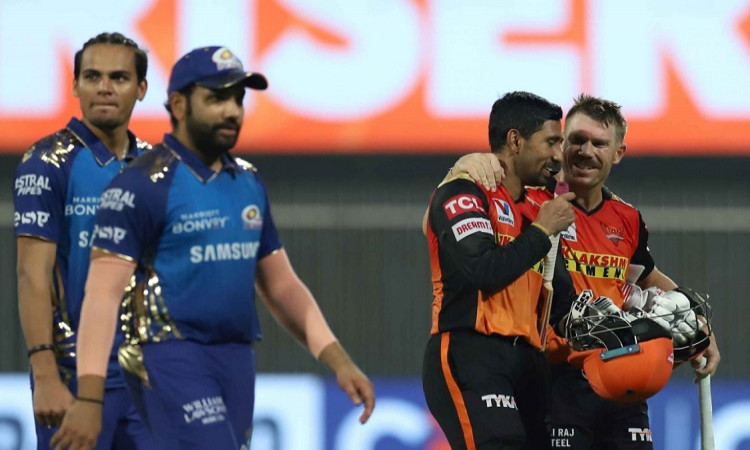 Warner scored the winning four off the first ball of the 18th over. It was his 10th four of the innings in which he also hit one six. Saha hit seven fours and one six.

Saha provided the acceleration in the first three overs, racing to 21 off 13 balls after which Warner caught up with him. The pair went neck and neck, before Warner pushed up after the 12th over. This is the first time since 2011 that MI have fallen to a 10-wicket loss.

Earlier, Kieron Pollard's late charge helped MI reach close to the 150-run mark after Rashid Khan, Sandeep Sharma and Shahbaz Nadeem starved the batsmen of runs in the middle overs. MI scored 51 runs in the last five overs, most of them courtesy Pollard, who scored 41 off 25 balls. He hit two fours and four sixes in his innings before falling to his West Indies teammate Jason Holder.

Holder put up yet another influential performance with the ball for SRH in the 'death' overs, dismissing Nathan Coulter-Nile as well and conceding just 25 runs in his four overs.