The David Warner-led SunRisers Hyderabad (SRH) will aim to keep their good show going when they take on an out-of-form Rajasthan Royals (RR), who have suffered a string of defeats, in the 26th match of the IPL here on Sunday. 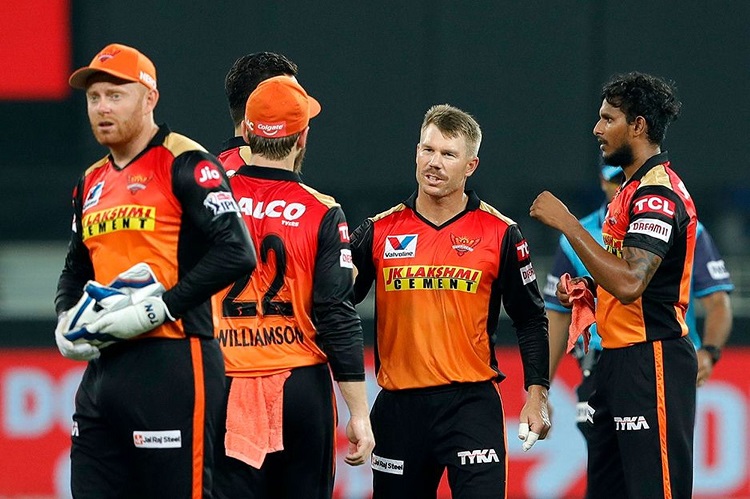 The 'Orange Army' will aim to replicate their performance of the previous match in which they hammered Kings XI Punjab by 69 runs at the same venue, the Dubai International Cricket Stadium.

RR had started the proceedings well but their campaign looks to be getting off the track as the Steve Smith-led side has failed to be consistent. Even their star players are out of form and are unable to fire as they did during the early days of the 2020 season.

RR, however, would be a bit relieved with the coming back of one of their most experienced all-rounder Ben Stokes, who has now completed his mandatory six-day quarantine period and would likely hit the ground running on Sunday.

If Stokes gets a game on Sunday, it would undeniably not just strengthen their middle-order but will also boost their bowling attack. Stokes, along with Jofra Archer could be a nightmare for the opposition batsmen.

However, the other RR players also need to equally step up especially Smith, Sanju Samson, and Jos Buttler, who has not been consistent enough barring few occasions.

In their game against Delhi Capitals (DC) in Sharjah, which has been a batting paradise, the RR bowlers were quite decent as they restricted their opponents to a moderate total.

On the other side, SRH lost the services of their most lethal weapon -- Bhuvneshwar Kumar.

While Sandeep Sharma, T Natarajan, and Khaleel Ahmed have shared the pace workload quite effectively, Afghanistan leg-spinner Rashid Khan has impeccably led the entire bowling attack with his vast experience.

Warner and Bairstow would once again be expected to repeat the show against RR as they did against Punjab, giving a flying start to their side. If the duo once again gets going, it would surely lay the foundation of a massive total.

In the middle-order, SRH has one of the most experienced batters of modern-day cricket - Kane Williamson, who, however, needs to raise the bar.