Rishabh Pant did not feature in the Delhi Capitals (DC) team against Chennai Super Kings (CSK) on Saturday due to injury but that didn't stop him from catching the television viewers' attention. 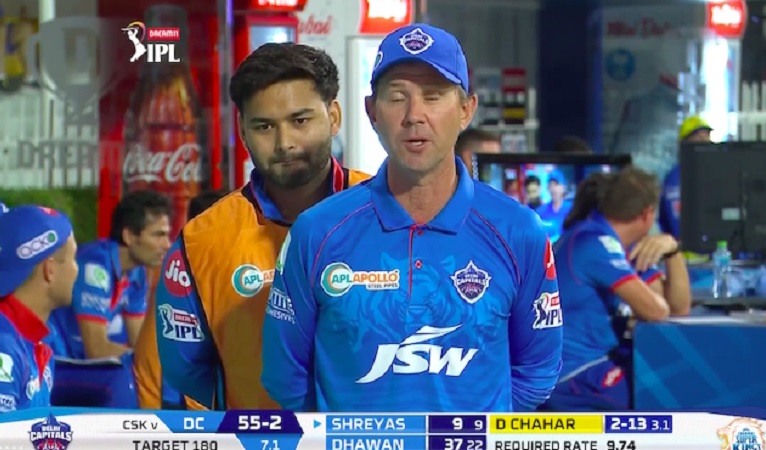 DC coach Ricky Ponting was talking into the camera while conversing with the commentators during the eighth over of the DC innings when Pant walked up behind the former Australian captain and hilariously made exaggerated reactions to whatever he said.

Ponting then looked behind when Mark Nicholas told him to look over his shoulder and spotted Pant after which the latter walked away with a smile. "I wouldn't mind him out there rather than sitting in the dugout," said Ponting.