Royal Challengers Bangalore (RCB) on Saturday coasted to a 37-run win against Chennai Super Kings (CSK) at the Dubai International Stadium. Chasing a target of 170, CSK were restricted to 132/8, thus suffering their heaviest ever defeat against RCB. 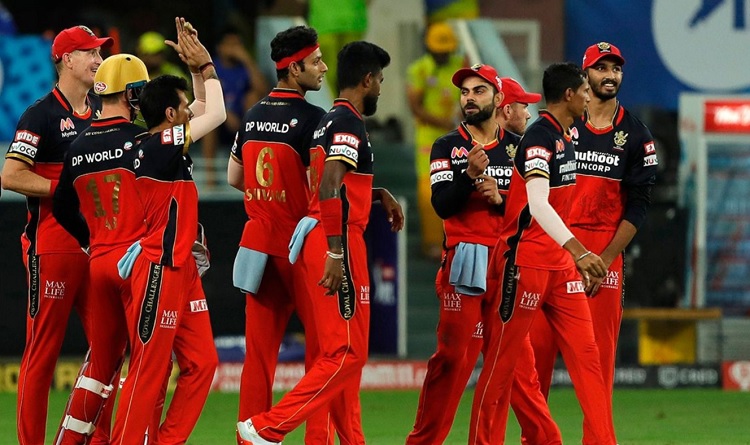 CSK hardly ever got going in their innings with the in-form Faf du Plessis (8) falling to Washington Sundar in the fourth over. His opening partner Shane Watson (14) departed in the sixth over after which Ambati Rayudu (42) and Narayan Jagadeesan (33) looked to provide some stability to the CSK innings.

The pair put up 64 for the third wicket off 52 balls, but their stand ended with a meek run out. Jagadeesan set out for a quick single but seemed to have given up before he reached the crease as Chris Morris managed a direct hit.

It was all downhill for CSK from there, as they lost five wickets in the next four overs.

Earlier, RCB captain Virat Kohli's unbeaten 90 pushed his team to 169/4. He was involved in two half-century stands, first with Devdutt Padikkal (33) for the second wicket which was worth 53 runs, and then an unbeaten stand of 76 with Shivam Dube (22*) for the fifth wicket.