Mumbai Indians' opening batsman and wicketkeeper Quinton de Kock put up a perfect performance with the bat on Friday night, scoring a 44-ball 78 to lead his team to an eight-wicket win over Kolkata Knight Riders (KKR). 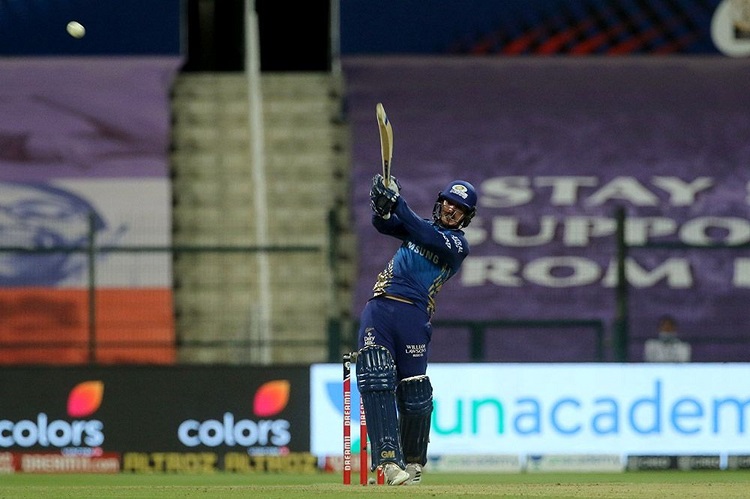 But if you ask team head coach Mahela Jayawardene, his show on the batting crease wasn't exactly perfect.

In a video released by the Mumbai Indians on Twitter, the former Sri Lanka batsman is seen telling De Kock to avoid batting in practice pants which the South African did on Friday.

"Apart from Quinny going and batting with his practice pants, everything else was pretty decent," he said during a post-match pep talk in the team camp, leaving others in splits.

"Ok, so don't do that again because the marketing guys are going nuts, people went nuts as well. If it works, it works but we'll sort something else," he said to De Kock.

De Kock had to lower his jersey during the innings to hide the orange stripe on the practice pants.

Jayawardene then went on to praise the team. "But guys, well done, really good effort. Quick turnaround. Next game's in Dubai."

Mumbai Indians lead the points table with 12 points. They are ahead of Delhi Capitals on the net run rate.