IPL 2020: Qualification Scenario Of Each Team For Playoffs

The IPL 2020 is one of the most closely fought seasons, and this evident from the fact that only one team - Mumbai Indians - has sealed a spot in the playoffs after 52 league matches. 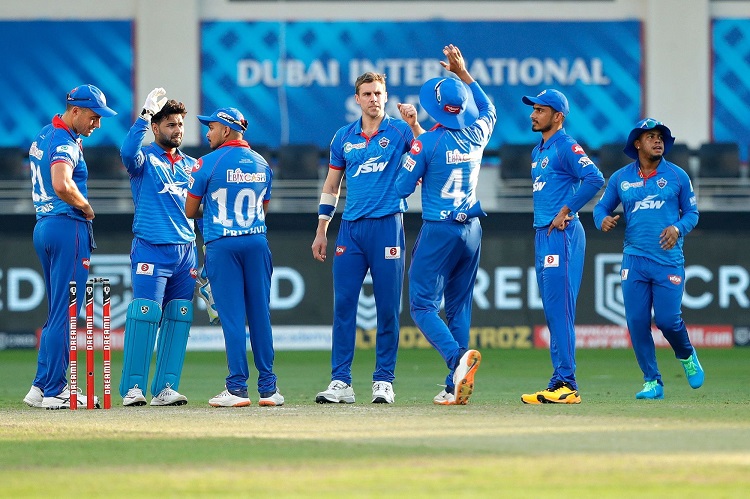 With the 14th and last round of league games to go, the three other places for the playoffs are up for grabs.

Reigning champions Mumbai have occupied the top spot -- and they can't be displaced from there -- while three-time champions Chennai Super Kings have been knocked out after a poor performance.

It is quite possible that the net run rate would break the tie after the 56th and last league match on Tuesday, should the teams finish with equal points.

Here are the scenarios for the six teams and what they need to do to seal spots in the playoffs before the last round of league games:

Delhi has lost their last four matches and thus their chances of qualification are in jeopardy ahead of their last game. Despite that, all they need to do is to defeat Royal Challengers Bangalore on Monday and ensure a second-place finish in the league stage.

However, if they lose their match against RCB, they will depend on other results to ensure qualification. In that situation, they would need at least two of the three scenarios to happen:

The situation of RCB is pretty similar to that of DC. If they beat Delhi, they qualify for the playoffs where they would meet Mumbai Indians in the first qualifier.

However, if they lose, they will remain on 14 points and would need at least two of the three scenarios to happen:

The situation for SRH is pretty simple. They are currently at the fourth spot with 12 points, thanks to their superior NRR of +0.555.

All they need to do is beat Mumbai Indians in the final league game to make it to the playoffs. If they lose, they stand eliminated.

With 12 points from 13 games, the KL Rahul-led side is at the fifth spot. If they win their final league game against CSK, they will end up on 14 points. However, even that might not ensure their qualification as three more teams can possibly get to 14 and pip them on NRR.

KXIP's net run-rate is ahead of both RCB and DC which makes it pretty clear that the NRR of the losing team in the DC-RCB match will stay below that of Kings XI if they beat CSK.

For Kings XI to qualify directly, they need to beat CSK and hope that either SRH lose to MI or KKR-RR match is decided by as small a margin as possible so that the winner's NRR doesn't go past Kings XI's.

However, if Kings XI lose to CSK, they stand eliminated.

Having won their last two matches, the Steve Smith-led side has managed to stay afloat in the tournament. To qualify directly, they need to beat KKR and hope Kings XI lose to CSK and MI beat SRH.

Rajasthan Royals could get knocked out on NRR even if they win on Sunday if KXIP beat CSK and/or SRH beat MI as all the other sides that can get to 14 points have a better NRR than them at present.

However, if they lose against KKR, they will get knocked out of the competition.

KKR currently are placed seventh with 12 points from 13 matches. The best they can end up with is 14 points which can be equaled by as many as at least three other teams - KXIP, SRH, and loser of DC-RCB match. However, one of the things which go severely against the Eoin Morgan led side is that they have the lowest negative NRR (-0.467) amongst the six teams in the race for three spots.

For them to qualify, they need to win against RR and hope Kings XI lose to CSK and SRH lose to MI. In that scenario, KKR will finish with 14 points while SRH, RR, and Kings XI will end with 12 points each, and KKR will qualify without NRR coming into play.

However, if they lose to RR, they stand eliminated irrespective of the results of other matches.