Kolkata Knight Riders will take on Sunrisers Hyderabad in the Match No.35 of Indian Premier League 2020 on Sunday. Here is the preview of match number 35 of IPL 2020 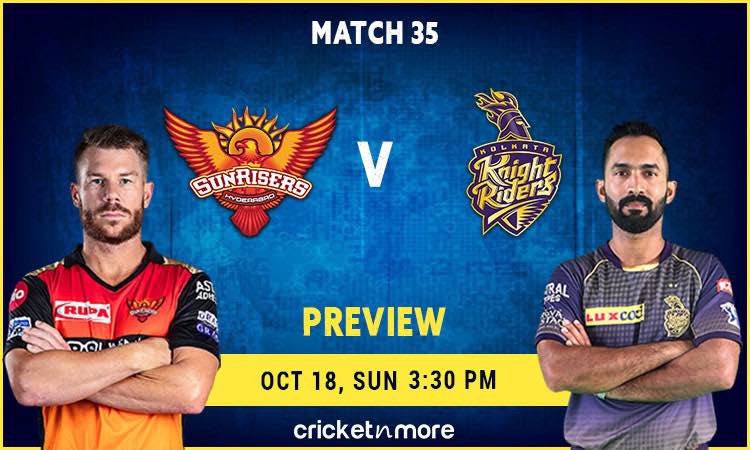 Abu Dhabi, Oct 18 - A change in Kolkata Knight Riders (KKR) leadership failed to bring a change in luck as the two-time Indian Premier League (IPL) champions endured an eight-wicket hammering against Mumbai Indians (MI) on Friday. They will hope for a positive result on Sunday when they clash with SunRisers Hyderabad, who too are in a bad shape.

After some successive below-par performances, KKR, placed fourth on the points table, had a change of captaincy. Under fire skipper Dinesh Karthik handed over the reins to Eoin Morgan, England's World Cup-winning captain, but there was no change in the result in the game against Mumbai Indians.

KKR's main concern has been the inconsistency of its batsmen. KKR boasts of promising players like Rahul Tripathi, Shubman Gill, Morgan and Russell. Despite the fact they all have failed to keep the momentum going.

Morgan, too, was unable to create the kind of impact expected from him while Andre Russell's willow has also been mostly silent so far. The team as a whole has failed to make an impact when it mattered. 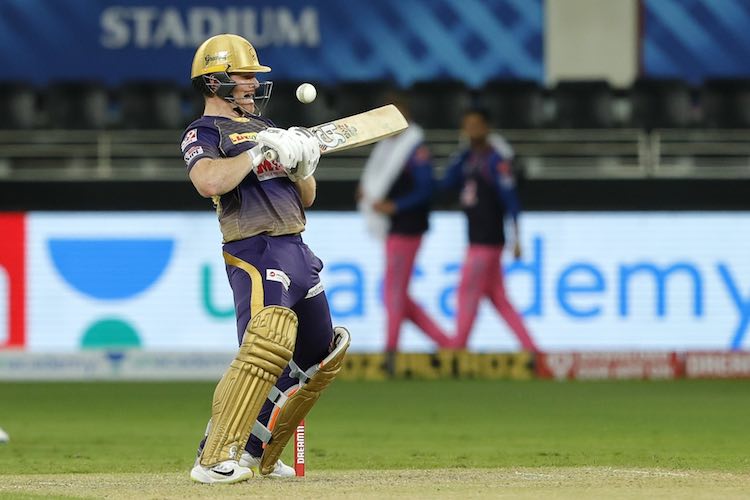 It remains to be seen if Sunil Narine, who is KKR's overall leading wicket-taker with 127 scalps, makes a comeback in the XI. Post a suspect bowling action incident, he has missed the previous two games.

On the other hand, the David Warner-led SRH lies at the fifth spot. SRH's success or failure heavily depends upon their top order that features Warner, Jonny Bairstow, Manish Pandey and Kane Williamson.

Meanwhile, Warner is also the top run-getter for his side with 3,555 runs from 79 games and has also been his side's go-to man.

As SRH lack a quality power hitter in the middle order, once again the onus will be on these top four players to lay a solid foundation against KKR.

SRH's bowling has been quite decent with the likes of T Natarajan, Khaleel Ahmed and Sandeep Sharma, who all have collectively filled the void of Bhuvneshwar Kumar, who is out of the tournament with an injury. Nevertheless, with the tracks in the UAE getting on the slower side in this half of the league, spinner Rashid Khan will surely have a bigger role to play besides leading the entire bowling attack.