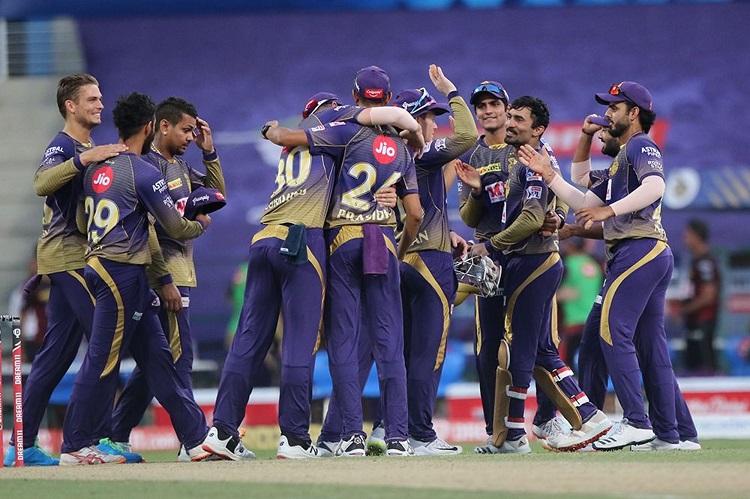 Both teams are coming after a win as KKR, too, had pipped Kings XI Punjab (KXIP) merely by two runs in a thrilling contest on Saturday.

Despite starting the season with some below-par show, RCB seems to have finally gained the momentum. Kohli, too, in good touch with the bat and the run-machine single-handedly propelled his side to a respectable 169/4 wickets against CSK with his blistering unbeaten 90. Later, the bowlers rose to the occasion as well to defend the modest target with ease.

Similarly, opener Devdutt Padikkal has been consistent so far. He has an explosive partner in Aaron Finch, who failed to fire in the previous game but has been quite impressive, overall.

Moreover, AB de Villers will once again be their key man in the middle-order, along with Kohli.

In the lower middle-order, RCB has Shivam Dube and Chris Morris, who both are well equipped with power-hitting abilities.

In the bowling front, Isuru Udana has led the attack from the front along with Navdeep Saini. Morris scalped three wickets conceding just 19 runs against CSK and will aim to replicate the show on Monday.

Yuzvendra Chahal has been their go-to man, troubling the opposition with his quality and experience. He had received good support from Washington Sundar, who settled with two wickets against the Yellow Brigade.

As the boundaries are quite smaller here, Kohli might opt to go with an extra batsman, dropping any of the bowlers. In the last game, RCB hit the field with six bowlers, which might not be the scene on Monday.

On the other hand, Sunil Narine and Varun Chakravarthy were clinical against KXIP. Especially, Narine's final two overs turned out to be the game-changing event in the contest against KXIP, though he was reported for bowling with a suspected illegal bowling action. Varun too was decent enough in the middle overs.

However, the conditions will be completely different here and it will be interesting to see how these two spinners perform against some of the best modern-day greats.

Moreover, Prasidh Krishna grabbed the opportunity with both hands when he was included in the place of Shivam Mavi against Punjab. Krishna returned with impressive figures of 3/29.

Krishna is most likely to get another game on Monday. If he does get it, he will aim to provide good support to Pat Cummins and Kamlesh Nagarkoti and form a lethal pace attack against RCB.

One of the main concerns for the KKR think-tank was the silence of skipper Dinesh Karthik's bat, who finally, dusted off his rustiness with a 29-ball 58 against KXIP. Meanwhile, openers Rahul Tripathi and Shubman Gill have been shining with the bat and the pair would need to keep the momentum going.

However, their most explosive batter Andre Russell is yet to find his touch. Moreover, his availability is uncertain as the Caribbean had hurt his knee while diving into the advertisement boards after missing a catch against KXIP.

Russell hasn't been to the mark he is known for and should try to regain his form as soon as possible being one of the vital cogs of the two-time IPL champions.

Both sides have won four of their six games and have eight points, but KKR is ahead of RCB in the points table on net run-rate.