Hardik Pandya on Sunday smashed a whopping seven sixes and two fours on his way to 60 off 21 balls to propel Mumbai Indians to 195/5 against Rajasthan Royals at the Sheikh Zayed Stadium. Pandya's carnage meant that MI, who had been reeled in by RR after a good start, milked 79 runs of the last five overs. 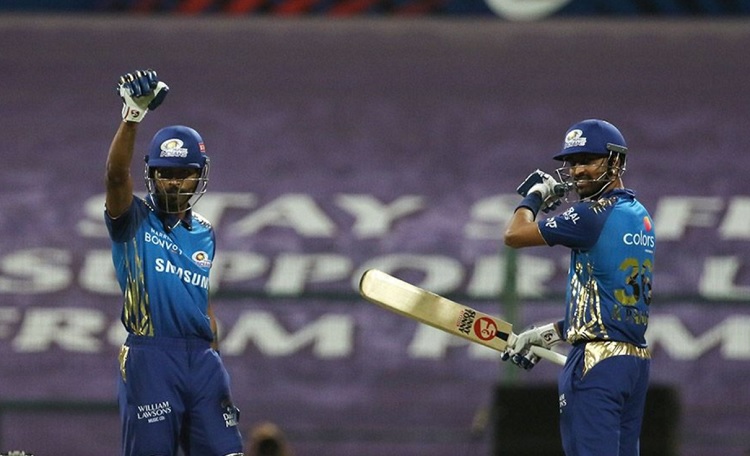 Pandya came in after MI captain Kieron Pollard was dismissed off the last ball of the 13th over. He got off to a slow start and was dropped by Rahul Tewatia at deep midwicket in the 16th over when he was six off seven balls. Saurabh Tiwary smashed 17 runs in the next over after which Pandya took off.


IPL 2020: This Was One Of The Perfect Games, Says CSK Skipper MS Dhoni

He hit four sixes in the 18th over bowled by Ankit Rajpoot and the over produced 27 runs. Kartik Tyagi bowled the last over in which Pandya hit three sixes and two fours, thus sending another over for 27 runs.

Earlier, Suryakumar Yadav and Ishan Kishan put up an 83-run partnership for the second wicket but RR made their way back into the game with quick wickets in the middle overs. Pandya's onslaught, however, shifted the momentum back towards the four-time champions.