Fast bowler Lockie Ferguson on Sunday was the star as Kolkata Knight Riders (KKR) beat SunRisers Hyderabad (SRH) in a Super Over at the Sheikh Zayed Stadium. This was the third time this season that a match had to be decided with a Super Over but Ferguson ended up making it a farce as he took both of SRH's wickets for just two runs in three balls. 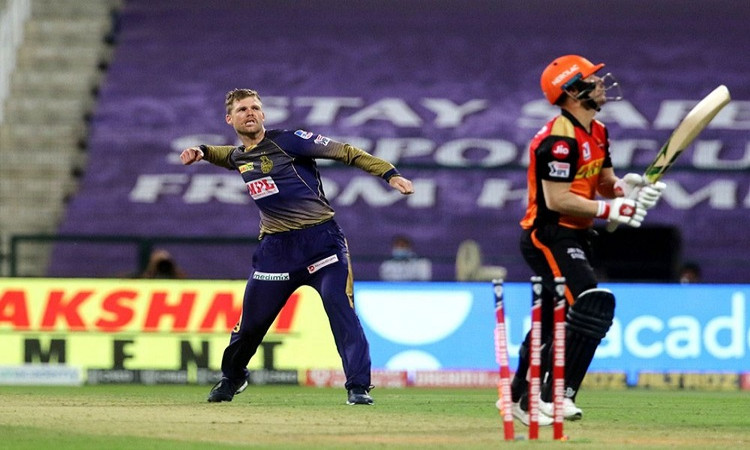 KKR captain Eoin Morgan and Dinesh Karthik, who combined to score 58 runs in the last five overs to take their team to 163/5 earlier in the day, knocked off the required three runs in four balls.

Ferguson earlier brought KKR back into the game after the powerplay with figures of 3/15 in four overs. He broke the opening partnership of 68 runs between his New Zealand teammate Kane Williamson and Jonny Bairstow by dismissing the former while he was on 29. He then bowled out Priyam Garg and Manish Pandey, the latter with an inch-perfect yorker aimed at the base of the off stump.

SRH captain David Warner, who came at no.4 instead of his usual opening position, struggled to get going for most of the innings but smashed three consecutive fours in the last over to swing the momentum SRH's way. A single off the last, which was called leg bye, ensured that SRH reach 163/6 and the game thus went into a Super Over. Warner was unbeaten on 47 off 33 balls.