South African speedster Kagiso Rabada picked four wickets for 24 runs to bowl Delhi Capitals (DC) to a 59-run win over Virat Kohli's Royal Challengers Bangalore (RCB) and move the team to the top of the points table here on Monday. 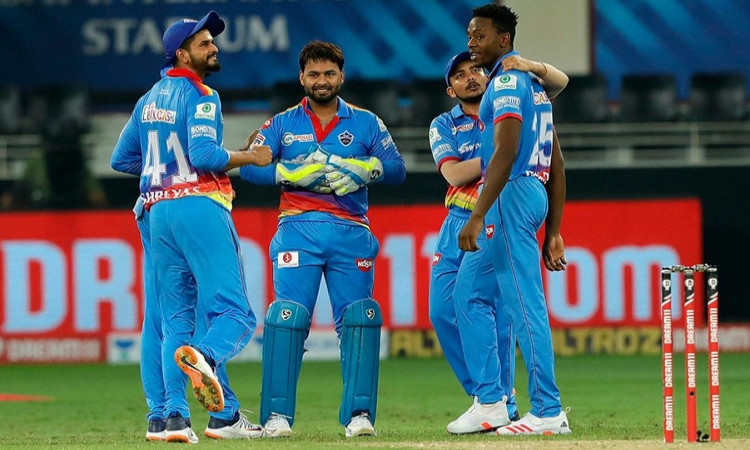 DC now have eight points from five games, ahead of Mumbai Indians and RCB who are on six points each.

Rabada's haul included the wicket of Kohli (43), who was the lone man fighting after RCB had lost the rest of the top-order that struggled to increase to keep the scoring rate high in chase of 197.

Stoinis (53 off 26 balls) put on 89 runs with Rishabh Pant for the fourth wicket in 6.5 overs as the duo took charge after RCB had claimed quick wickets to peg DC back following a strong start provided by Prithvi Shaw (42 off 23 balls) and Shikhar Dhawan (32 off 28 balls).

Shaw and Dhawan put on 68 in just over six overs for the first wicket. However, three wickets over the next 30 balls with the addition of just 22 runs brought RCB back.

Stoinis survived an early chance with bowler Yuzvendra Chahal dropping him off his own bowling. After that he clobbered the RCB bowlers, hitting six fours and two sixes. Between the 13th and 17th overs, RCB scored 59 runs.