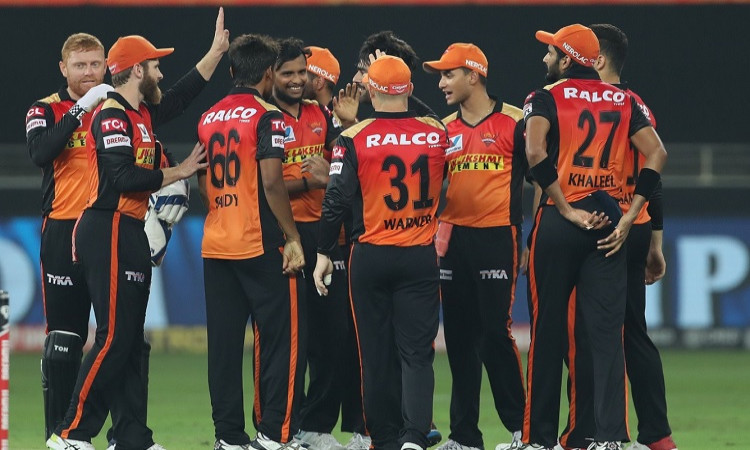 After putting up a challenging 201/6 wickets in 20 overs on winning the toss, SRH rode their bowlers' clinical effort to gun down their opponents, bowling them for 132 in 16.5 overs at the Dubai International Cricket stadium.

Khan was the chief architect of SRH's win after returning with his miserly figures while Khaleel Ahmed and T Natarajan, too, rose to the occasion and picked two wickets each.

KXIP suffered a batting collapse as even their in-form batters KL Rahul (11) and Mayank Agarwal (9) fell cheaply. Nicholas Pooran tried his best to defy SRH bowlers with his 37-ball 77, but he didn't get support from the other end, as SRH bowlers rattled the KXIP's batting line-up.

The duo was also involved in a crucial 160-run partnership for the opening wicket. While Bairstow's innings was laced with seven boundaries and six sixes, Warner's knock contained five boundaries and a hit into the stands.

Ravi Bishnoi picked three wickets in quick succession to reduce SRH to 173/4. SRH's middle-order once again collapsed even as Kane Willamson and Abhishek Sharma chipped in with unbeaten 20 and 12 runs respectively to help their side finish things at 201/6.

For KXIP, Bishnoi picked three wickets for 29 runs while Arshdeep Singh settled with two. With this, KXIP suffered their fifth defeat in six matches.