IPL 2020: Injured Rishabh Pant Out For At Least A week

Delhi Capitals(DC) wicketkeeper-batsman Rishabh Pant will be out of action for at least a week in the ongoing Indian Premier League (IPL) 2020, skipper Shreyas Iyer has confirmed. 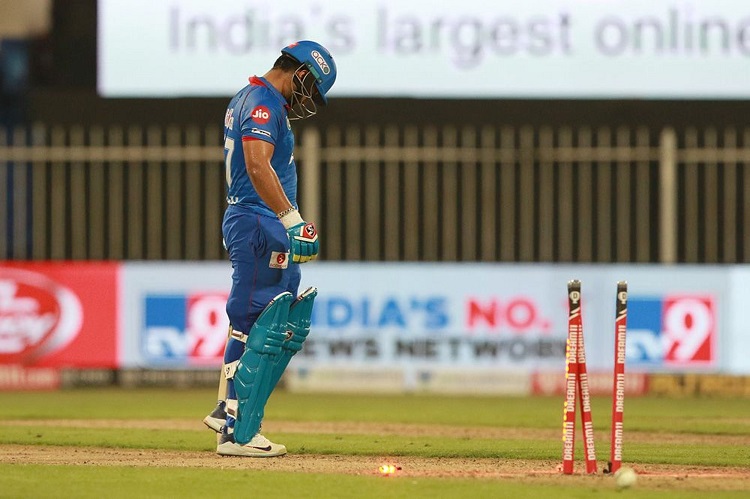 Pant had injured himself last Friday during the match against Rajasthan Royals - a game which Capitals won by 46 runs in Sharjah. In Sunday's match, DC, however, replaced him with Alex Carey in the playing XI against Mumbai Indians(MI) - a match which they lost by five wickets at the Sheikh Zayed Stadium.


Means A Lot To Be Top Of The Table, Was A Perfect Day For Us: Rohit

"We have no idea, I spoke to the doctor. He said he (Pant) has to rest for a week. Hope he comes back really strong," Iyer said about Pant while speaking at the post-match presentation ceremony after defeat against Rohit Sharma-led side.

Pant has been in good form in the ongoing IPL season, scoring 176 runs in six matches with a strike rate of 133.33.

Following Sunday's defeat against the defending champions, Capitals have gone down to the second spot in the points table, with 10 points from seven games. They next play Rajasthan Royals on Wednesday and then Chennai Super Kings on Saturday.