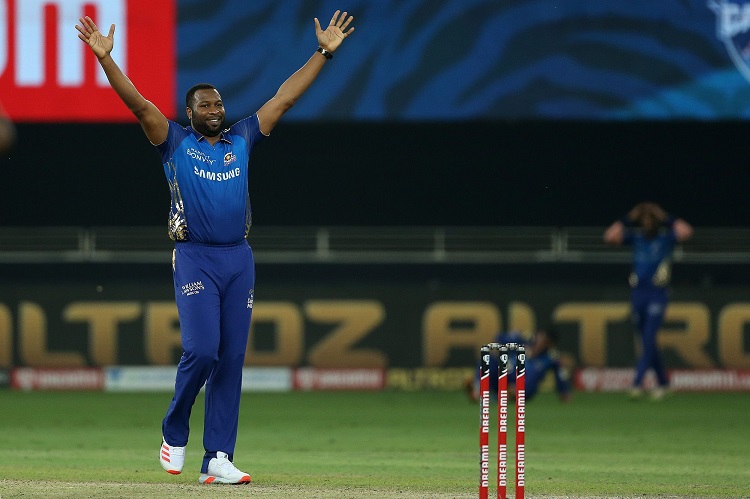 On Tuesday evening, the Rohit Sharma-led side won their fifth IPL trophy as they defeated Delhi Capitals by five wickets in the summit clash.


IPL 2020 Final: I should have sacrificed my wicket for Surya, Admits Rohit

"Dwayne Bravo you are behind me now (about the number of T20 titles), I have to say that on camera," Pollard said after the match.

Pollard now has 15 T20 titles, five of which have come for him while playing for the Mumbai-based franchise. Bravo, on the other hand, has 14.

The big-hitting West Indies all-rounder has scored over 3,000 runs for Mumbai Indians. In the 2020 season, Pollard scored 268 runs at a strike rate of 191.42, the most by any batsman this year.

Pollard also said that the title win meant a lot to him and also termed Mumbai Indians as the best T20 team in the world at the moment.

"It's a great feeling, means a lot. Fifth trophy...Have been here for 11 years. We have a quiet celebration. The amount of trophies, the amount of talent that's there, you can say MI is the best T20 team going around," he said.

Apart from Mumbai Indians, no other franchise has won so many titles in IPL's 13-year history; the second most successful team is Chennai Super Kings(CSK), who have won the title three times.