Shikhar Dhawan's 106* helps Delhi Capitals(DC) to finish at 164/5 in the first innings against Kings XI Punjab(KXIP). 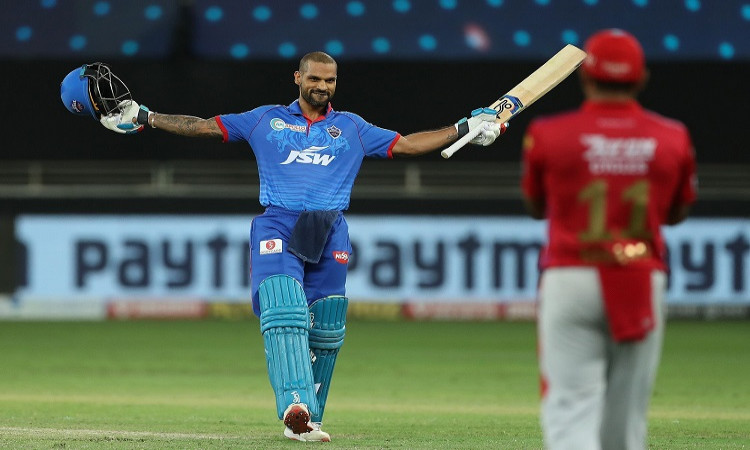 Earlier, DC captain Shreyas Iyer won the toss and opted to bat first. Delhi got off to a good start scoring 53 runs in the powerplay and losing the wicket of Prithvi Shaw.

The scoring rate then went down as DC lost wickets at regular intervals. Shikhar Dhawan played through the innings smashing three sixes and 12 boundaries to score his second century in two consecutive innings. No other batsman could go past 14 runs.