Delhi Capitals (DC) on Saturday beat Kolkata Knight Riders (KKR) by 18 runs in another high scoring thriller and climbed to the top of the table with six points from four matches. 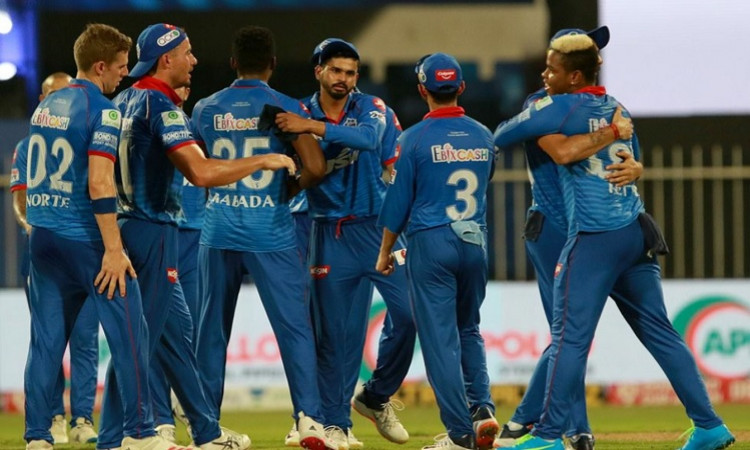 KKR scored 210/8 wickets in their 20 overs in reply to DC's 228/4 wickets in 20 overs at the Sharjah International Cricket Stadium. KKR would have had to complete the highest ever IPL run chase, a record that was broken just last Sunday at the same ground.

Kolkata were behind the pace for much of the chase, finding themselves yet to reach 100 in the first 10 overs of their innings and losing three wickets. Nitish Rana anchored the first half of the innings with a well crafted 58 off 34 balls scoring four fours and as many sixes.

KKR were brought back into the game by a 78-run stand for the seventh wicket between Eoin Morgan (44) and Rahul Trupathi (36). The pair smashed 24 runs in the 17th over and 23 runs off the 18th over. However, Anrich Nortje came in for the penultimate over and pulled things back for DC, accounting for the wicket of Morgan in the process.

Tripathi started the last over bowled by Marcus Stoinis, in which KKR needed 26 runs, with a four but was dismissed off the very next ball. Only three more runs were conceded in the rest of the over as DC took the match and the top spot on the league table.

Earlier, DC captain Shreyas Iyer's unbeaten 38-ball 88 helped his team score 228/4. They were stopped from reaching 250 by Andre Russell who conceded just seven runs in the final over.