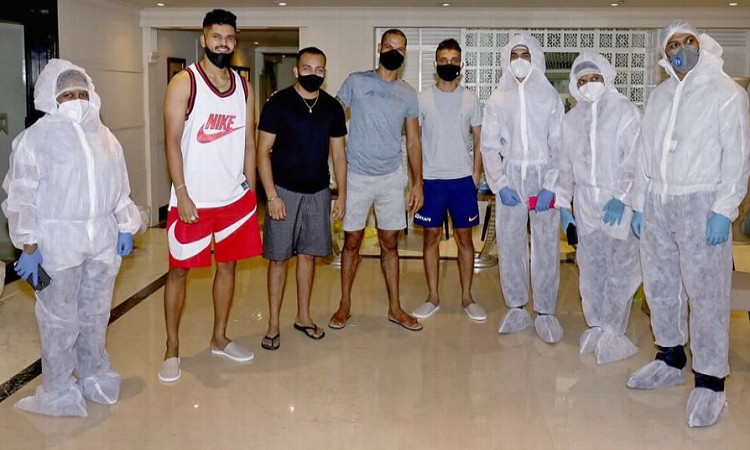 Delhi Capitals' assistant physiotherapist has tested positive for coronavirus, the franchise has revealed ahead of the 13th edition of the Indian Premier League (IPL) slated to start on September 19 in the United Arab Emirates (UAE).

Late on Sunday, the franchise confirmed that the physio had been in quarantine and not in contact with any other member of the team. He had travelled independently to the UAE earlier last week and tested negative in the first two tests, conducted on days 1 and 3 respectively after arrival. The third RT-PCR test, conducted on day 6, however returned a positive result.

"He was isolated immediately, and is currently at the IPL isolation facility in Dubai for the next 14 days, at the end of which he will have to produce two negative reports for him to be able to join the Delhi Capitals squad. The franchise's medical team is in constant touch with him, and wishes him a speedy recovery," the Delhi-based franchise said in a statement.

The Capitals are the third side to report a positive case in IPL 2020, after a solitary case emerged from Rajasthan Royals before their departure to the UAE and the cluster of cases in the Chennai Super Kings camp.

Delhi Capitals will begin their campaign against Kings XI Punjab at the Dubai International Cricket Stadium on September 20.