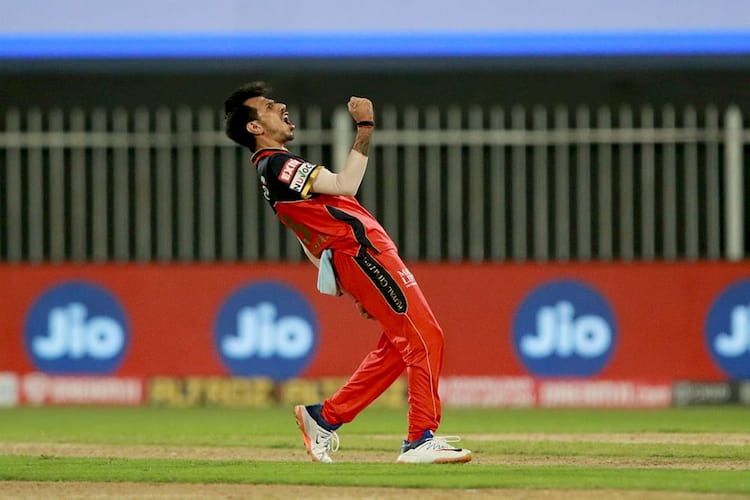 On Monday evening, Chahal returned with brilliant figures of 1/12 from his four overs and played a crucial role in RCB's emphatic 82-run win over KKR at the Sharjah Cricket Stadium.

"In a batters game Yuzvendra Chahal should get MOM here, incredible figures especially as it's in Sharjah," tweeted Stokes after the match.

Swashbuckling batsman AB de Villiers was, instead, declared the Player of the Match for his unbeaten 73-run knock. His 33-ball inning was studded with five 4s and six 6s and helped RCB post 194/2 which they defended quite comfortably in the end.

Chahal has been in good form in the ongoing tournament, picking up 10 wickets in seven matches at an average of just over 19.

The Virat Kohli-led side has registered five wins of the seven games they have played so far and are currently placed at the third spot in the points table. They next face Kings XI Punjab on Thursday at the same venue.