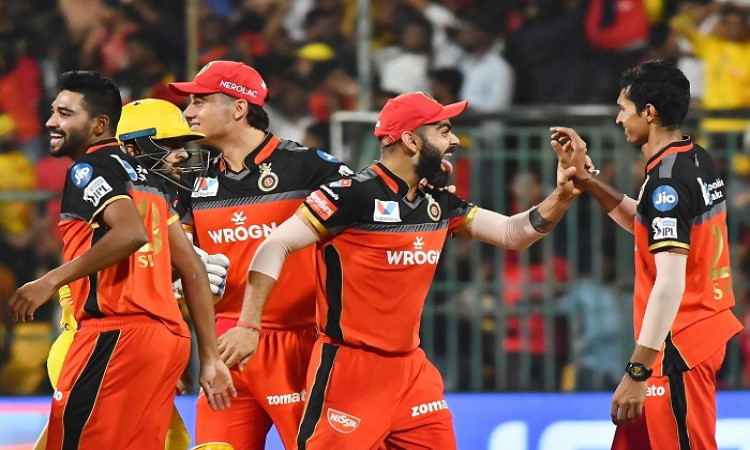 Bangalore, April 22 (CRICKETNMORE):  Chennai Super Kings (CSK) skipper Mahendra Singh Dhoni's scintillating 48-ball unbeaten 84 went in vain as his side failed to cross the line by just one run in yet another edge-of-the-seat contest against Royal Challengers Bangalore (RCB) at the M. Chinnaswamy Stadium, here on Sunday.

Apart from Dhoni and Ambati Rayudu (29), all the other Chennai batsmen failed to click. However, it was their captain who almost single-handedly took his side on the verge of an impossible win before failing to snatch two runs off the final delivery of the mouth-watering clash.

Also Read: Here's why MS Dhoni refused singles in 19th over vs RCB

For RCB, Umesh Yadav and Dale Steyn picked up two wickets each while Yuzvendra Chahal and Navdeep Saini shared two wickets between them.

Chasing a modest 162, the defending champions were off to the worst possible start as they lost opener Shane Watson (5) and Suresh Raina (0) with just six runs on board, thanks to pacer Steyn's blows on successive deliveries in the very first over.

Umesh further jolted CSK after packing back opener Faf du PLessis (5) and Kedhar Jadhav (9) in quick succession as the visitors were left reeling at 28/4 in 5.5 overs.