Since the inception of the Indian Premier League(IPL) in 2008, sixteen pacers have bowled deliveries measuring between 150.7 kmph and 156.22 kmph 100 times. Delhi Capitals' (DC) Anrich Nortje bowled the fastest ball in the tournament history on Wednesday against Rajasthan Royals (RR). 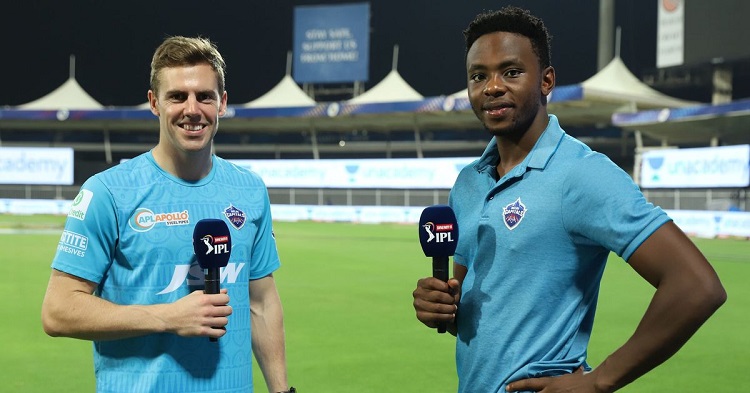 The official IPL website displays only the top 100 instances when speed merchants have exceeded 150.7 kmph. South African Nortje exceeded the 150 kmph mark four times in an over on Wednesday, with his fastest ball being clocked 156.2 kmph.


Andhra To Host T20 league In A Bio-Bubble

Nortje set the speed guns spinning during his fiery opening spell against RR at the Dubai International Stadium on Wednesday. Such was the pace he generated in his first two overs of the day that he relegated Steyn's eight-year-old record for the fastest ball (154.40 kmph) to number four on the list, taking the top three spots for himself in three consecutive deliveries.