Sunrisers Hyderabad leg-spinner Rashid Khan feels that the middle order needs to play sensible cricket in the middle overs as they look to take on Royal Challengers Bangalore (RCB) in the Indian Premier League (IPL) on Monday. 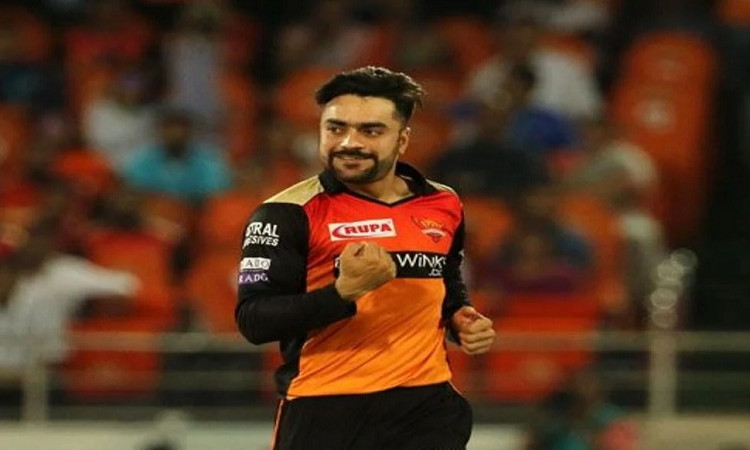 Speaking to the media via a virtual press conference, Afghanistan's Rashid highlighted the importance of not always going for the big shots in the UAE.

"We have guys like Manish Pandey, Vijay Shankar and other youngsters in the middle order; they all can hit the ball a long way," Rashid said as quoted by Cricbuzz.

"But sometimes on big grounds, you need to play sensible cricket. So it's not just about hitting big sixes as we saw last night (CSK vs MI) as well, how (Faf) du Plessis took it till the end and finished it well. I think the team that does these things well will be successful. That's what matters in the UAE. When you play sensible cricket in the middle overs, I think it helps you to get the positive results as in the end, the power-hitters can give you 50-60 runs in the last five overs."

Rashid also spoke about his batting exploits in the shortest version of the game.

"I always have this thing in mind that I am more effective when I bat in the last three-four overs where I can play my shots," he said.

"When I was playing in the Big Bash, I was told clearly by the captain and the coaching staff that 'Rash, this is when you are gonna go in, after 14th-15th over, that's your time. It doesn't matter if we are down one wicket or two wickets'. When you get the positive-ness from the coach and captain, you just focus on what you are going to do. But I shouldn't be thinking about when I am coming in to bat. What I think about is what I can do in that time, whether it's three overs, one over or one delivery."