IPL 13: I'm Sure We Can Outskill RCB: Anrich Nortje

After securing a thrilling win over Kolkata Knight Riders(KKR), Delhi Capitals(DC) pacer Anrich Nortje believes his side is good enough to outskill any team in the ongoing edition of the Indian Premier League. 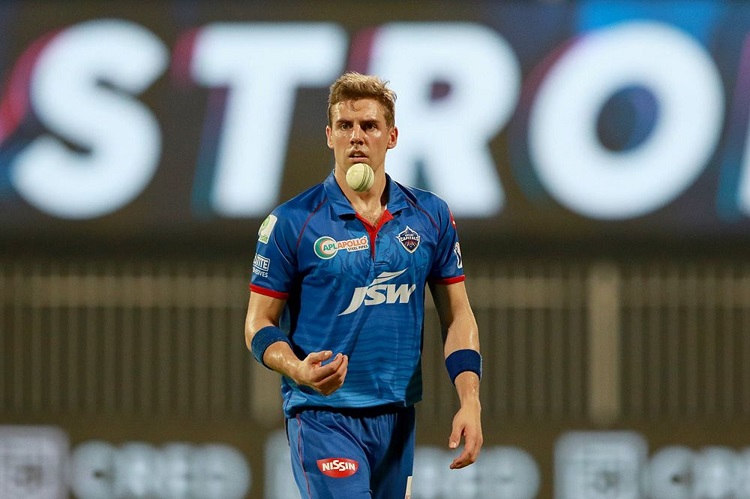 Delhi Capitals face Royal Challengers Bangalore in their next IPL encounter on Monday evening with an unfavorable head-to-head statistic - with the Delhi-based side having won only 8 out of their 23 meetings, two of which came last season.

"It's going to be a good challenge. They have got a pretty good line-up, and have some big names. But, I think we have got a good team as well and the guys have been training really well," Nortje said.

"If we just execute our skills, perform the way we have been, I think it's going to be a very good game, and I'm sure we can outskill them," he added.

While the Capitals are currently at the number one spot in the points table, they are followed by Virat Kohli's RCB who also have six points from four games.

On Saturday, the 26-year-old held nerves of steel in yet another run-fest at the Sharjah Cricket Ground as Capitals defeated Kolkata Knight Riders by 18 runs.

After a great start in their defense of a mammoth total of 228 runs, things seemed to go topsy-turvy for the Capitals as Eoin Morgan and Rahul Tripathi brought KKR back into the game with a flurry of sixes. However, it was Nortje who bowled a match-defining penultimate over and helped the team in securing the win. In that over, the 26-year-old conceded only five runs and picked up the big wicket of Morgan.

"I'm just happy we could win and get the team over the line. I think the boys really bowled well. Maybe in one or two overs they got all of us, but I think in general the plans were good and everyone executed them well, so well done to the boys," said Nortje.

The 26-year-old, who has been playing a perfect second fiddle to his fellow countryman Kagiso Rabada so far, finished with figures of 3/33 in the challenging conditions of Sharjah and helped the team to regain the top spot in the points table.

"I think I just try to keep it basic, and not overthink things. Once you think too much about the big or small ground, and how easy it is sometimes to hit sixes you get a bit carried away, so just stick to your skills - what you have been training, and that is what's going to get you over the line," said the South African, who' has so far picked up five wickets in four matches this season.