AUG 16, NEW DELHI: Indian Premier League (IPL) franchise Chennai Super Kings (CSK) on Sunday shared a video of captain MS Dhoni and his deputy Suresh Raina meeting their club teammates after the Indian contingent of the team touched base for a short training camp in the state capital before they fly out to the United Arab Emirates (UAE) for the 13th edition of the cash-rich league. 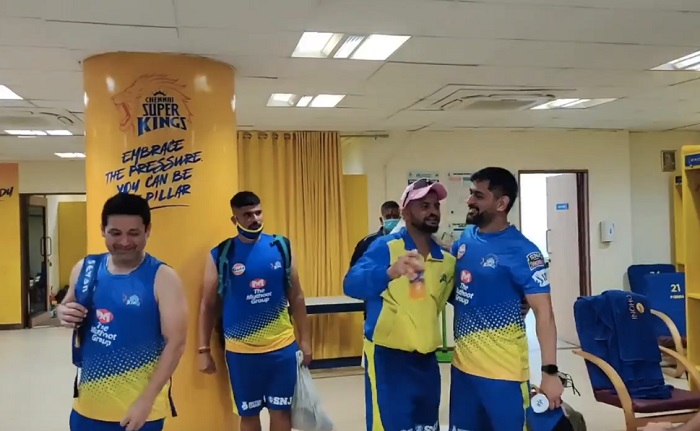 "Two roads converged on a #yellove wood..." CSK captioned the video on Twitter.


Dhoni starts, and ends, his career with run-outs

Both Dhoni and Raina have called time on their international careers.

Dhoni quit international cricket on Saturday, thus drawing curtains on an illustrious, trophy-laden career. The decision ended speculation around the international future of the enigmatic 39-year-old, who quit Test cricket in 2014 and had not featured for India since the side's semi-final exit at the ODI World Cup in July last year.

The 39-year-old turned up for the country in 350 ODIs, 90 Tests and 98 T20Is while affecting a staggering 829 dismissals behind the stumps.

One of the most admired and respected cricketers, Dhoni is also among the most successful captains in world cricket. It was under his leadership that India lifted the World Cup trophy in 2011 after having led India to triumph in the World T20 in its maiden edition of the tournament held in 2007 in South Africa. With India winning the Champions Trophy in 2013 in England, Dhoni became the first and is still the only captain till date to have won all three ICC Trophies.

While his heroics in the limited-overs formats are well documented, it was also under his leadership that India became the No. 1 Test side in 2009 and the team stayed at the top for over 600 days. He has led India to victory in 21 home Test matches, the most by an Indian captain.

Soon after Dhoni's announcement on Saturday, Raina too retired from international duty after being out of the side for quite some time.

Raina had played a crucial role in India's 2011 50-over World Cup win.