Perth, Dec 13:  Right-arm debutant New Zealand pacer Lockie Ferguson won't be able to bowl again in the ongoing first Test against Australia because of an injury. 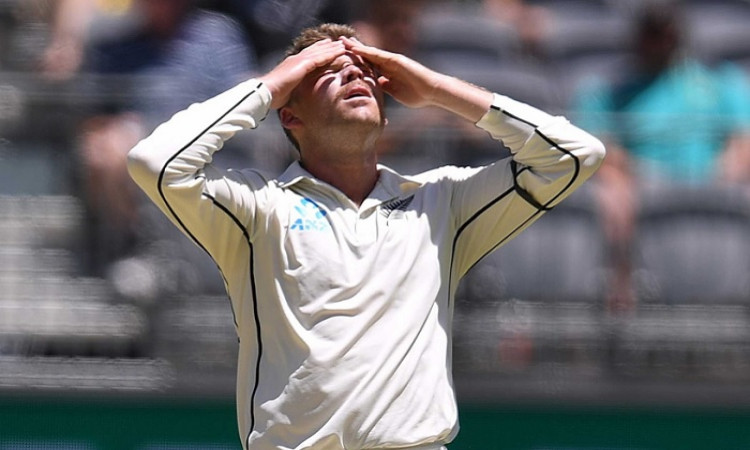 Ferguson could bowl just 11 overs on Day 1 on Thursday before he grimaced and clutched his right calf and left the field.

Also Read: Jasprit Bumrah to test back against Kohli, Rohit in Vizag

The Black Caps on Friday confirmed Ferguson has suffered a strained right calf muscle-tendon that will prevent him from bowling for the rest of the match, although he is available to bat.

"An MRI scan has confirmed a right calf muscle-tendon strain for Lockie Ferguson which will prevent him bowling in the remainder of the 1st Test, although he is available to bat," read a tweet from New Zealand Cricket. "Awaiting a further report which will inform the next steps of his recovery," it added.

It's the second injury setback for New Zealand on this tour, with spearhead Trent Boult unable to overcome a side issue in time to be fit for the series opener.

The 28-year-old bowled with searing pace in scorching conditions on Thursday, recording figures of 0/47 from 11 overs. He could have had his maiden Test wicket had Tom Latham hung on a catch at second slip when Steve Smith was batting on 19.

Australia ended Day 1 on 284/4 with Marnus Labuschagne and Travis Head remaining unbeaten on 110 and 20 respectively.