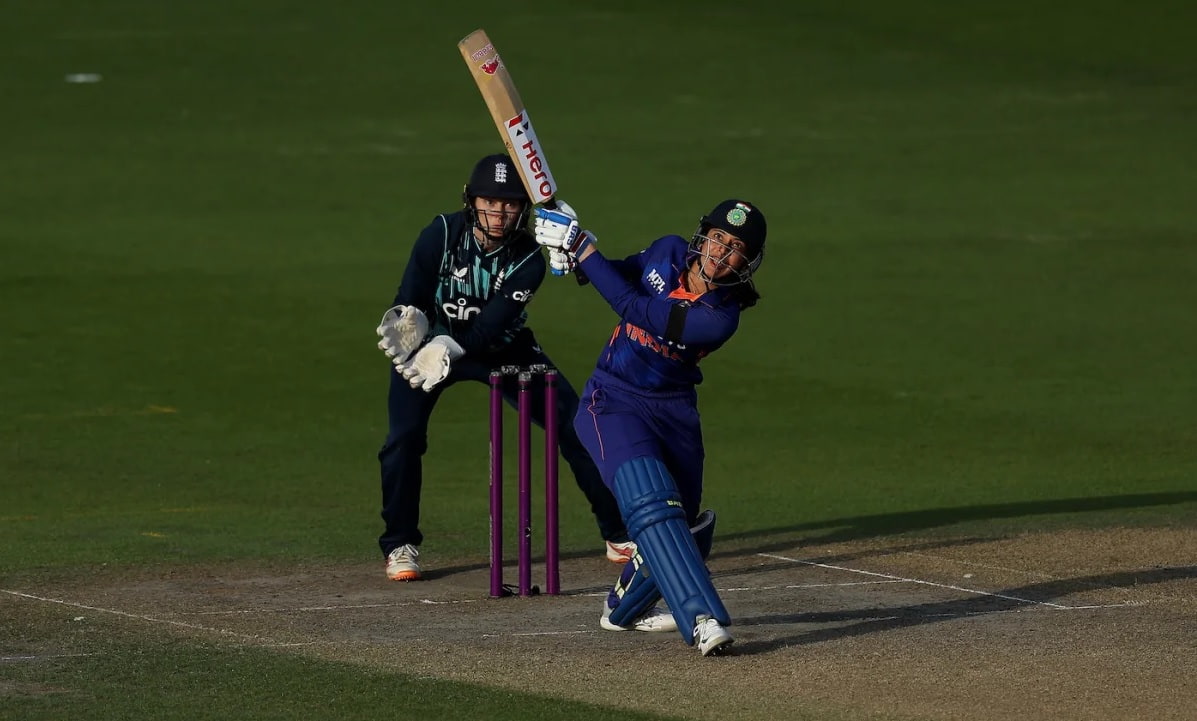 While Dhawan completed 3000 ODI runs in 72 innings, Kohli did so in 75 innings. Mandhana took one more innings than Kohli, reaching the milestone in her 76th innings.

The left-handed opener, who made her ODI debut in 2013, has five hundreds and 24 fifties in the format, and is the third India women's player after Mithali Raj and Harmanpreet Kaur to reach the 3000-run mark in the format. In terms of quickest Indian women cricketer, Mandhana surpassed former skipper Mithali who had achieved the feat of 3000 runs in 88 innings.

A total of 22 women's players have over 3000 ODI runs, but only two have gotten to the landmark quicker than Mandhana -- Belinda Clark (62 innings) and Meg Lanning (64 innings).

Since her debut in ODIs, only seven women's batters have made more runs than her in the format. Only three, however, have made more scores of fifty or more in women's ODIs in this time frame.

The ongoing series between India and England is the second series in the ICC Women's Championship cycle for India. The tournament decides qualification for the Women's Cricket World Cup in 2025.

Mandhana started the series with a compelling 91 off 99 balls in Hove, helping India to a seven-wicket win on Sunday. She started off well in the second ODI as well, getting to 40 off 51 balls, before she was trapped in front by Sophie Ecclestone.